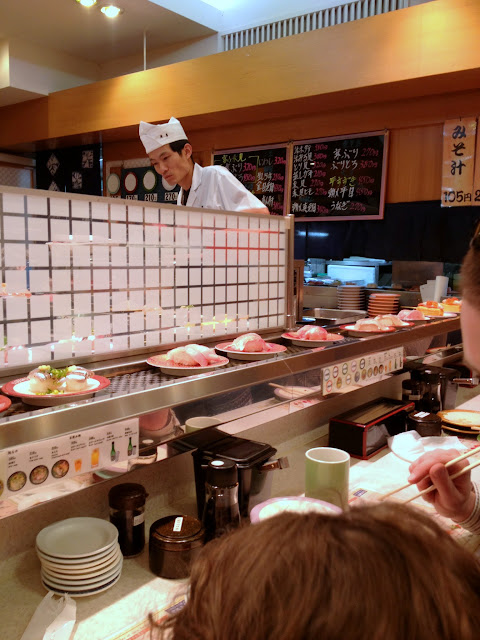 Before we even arrived in Japan, we had already heard about "sushi-go-rounds." It's exactly what it sounds like - sushi that goes around the table on a conveyor belt. Each plate is a different color and each color corresponds to a price. They range from about 100 yen to 700 yen. When a plate comes by that looks appetizing, you just grab it off the belt. When you are done with your meal, a waitress comes by, counts all the plates and gives you a bill. I wasn't sure how our two girls were going to do with the sushi (they can be quite picky!), but they actually found some things they really liked. The waitress also gave them small children's cups and forks, since it became very obvious that they were new to using chopsticks. 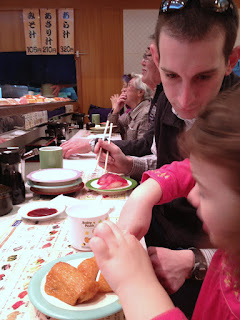 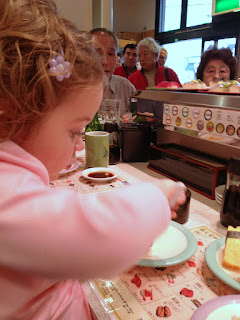 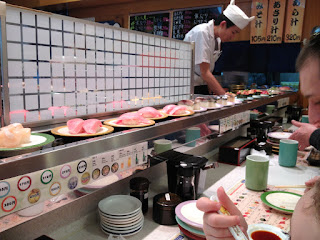 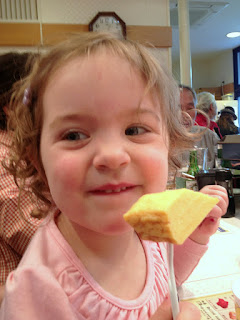 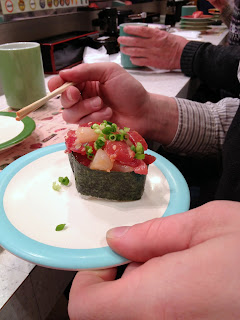 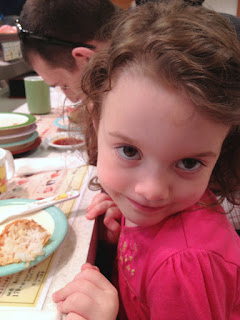 Real sushi in Japan is different from what I considered sushi in the US. REAL sushi is mostly just pieces of fish laid atop rice, rather than fish/vegetables in a roll. I still have a lot to try, but I'm starting to figure out what kinds of sushi I like. And thankfully, most of the sushi I like is also the cheapest! *wink*

If you would like to try this place, it has rave reviews and is fairly close to the base in Yokosuka.

DIRECTIONS: Walk down Blue Street to Chuo Station. It's located under the train station, across the street from McDonald's.

CASH/CREDIT: I did not see a credit card machine, so be sure to bring cash. We had about 5 plates each and our total came to 1,720 yen.