The Plant Party (A small win for Project-Based-Homeschooling)

My kids throw out thousands of "good ideas," every week. Sometimes it seems like there are thousands in one day. I know we can't do every single thing our kids ask, but since I've been trying to integrate more PBH time into our days, I have found myself looking for more opportunities to say "yes." 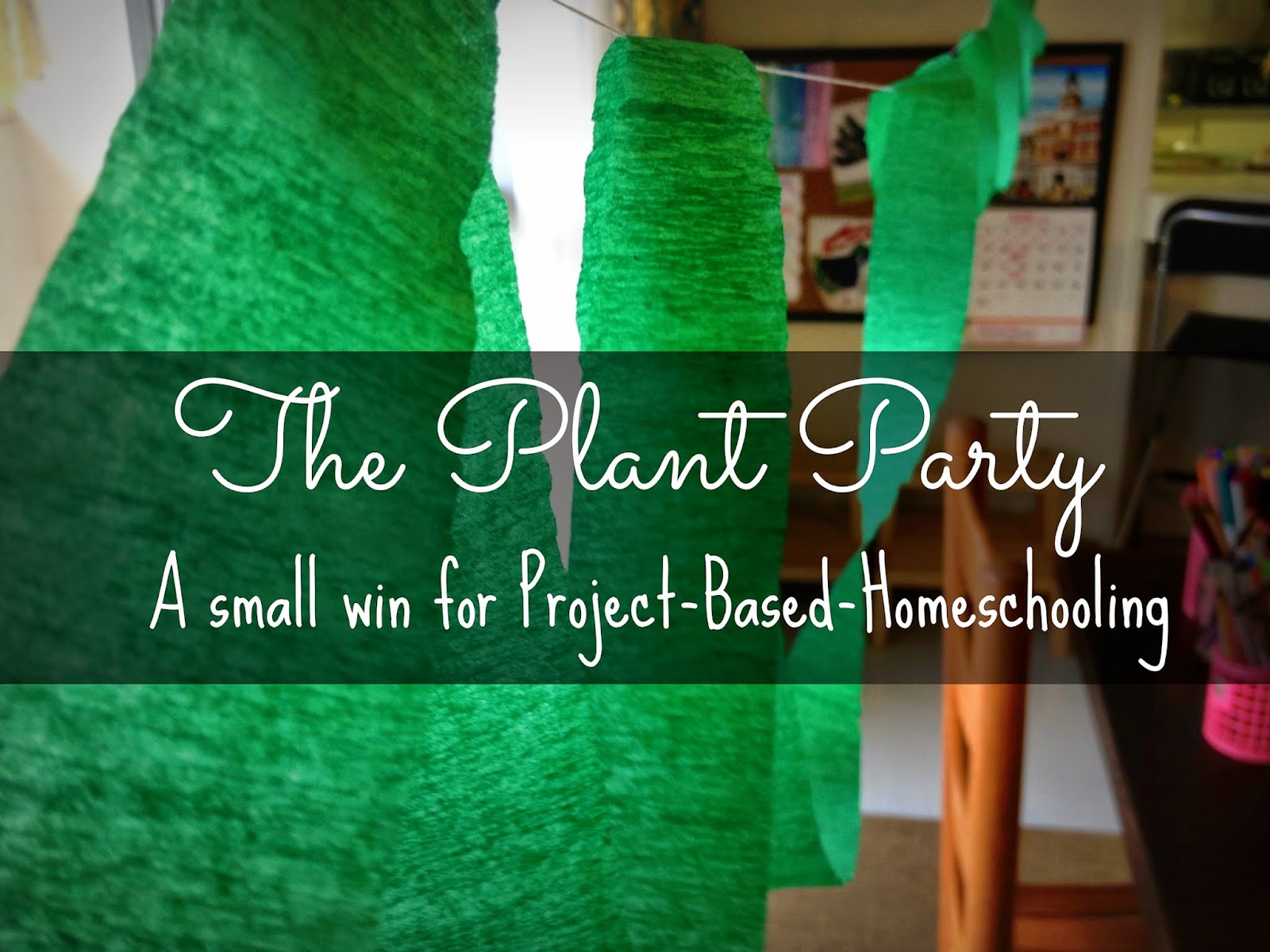 One of these opportunities popped up the other day when my 6yo said she felt like celebrating something. It's rainy season here in Japan, so she said it was a perfect opportunity to celebrate the rain and how it helps the plants grow. "A plant party! We should have a plant party!" she said enthusiastically. For most of her life, I've probably shot down ideas like this without a second thought about them. But this time, I said, "Sure. You can have a plant party if you make all the plans and preparations." She looked completely shocked that I'd said yes, and immediately got to work.

She decided when she'd have her party (two weeks from that day), and what time of day would be best.

She asked me to help her make invitations and we made one on Facebook (to save trees, right?).

For two weeks, she made lists:

I rarely offered help or suggestions, only giving my input when she asked for it or I knew something would not go over well with parent (like conflicts with siblings' nap schedules).

A couple of days before her party, she insisted on going to the grocery with me and she made sure we bought some extra fruit, snacks, and cake mix. She also spent time working on a game for her party. She loves "pin-the-tail-on-the-donkey," so she made up her own version for the plant party: "pin-the-pollen-on-the-flower." 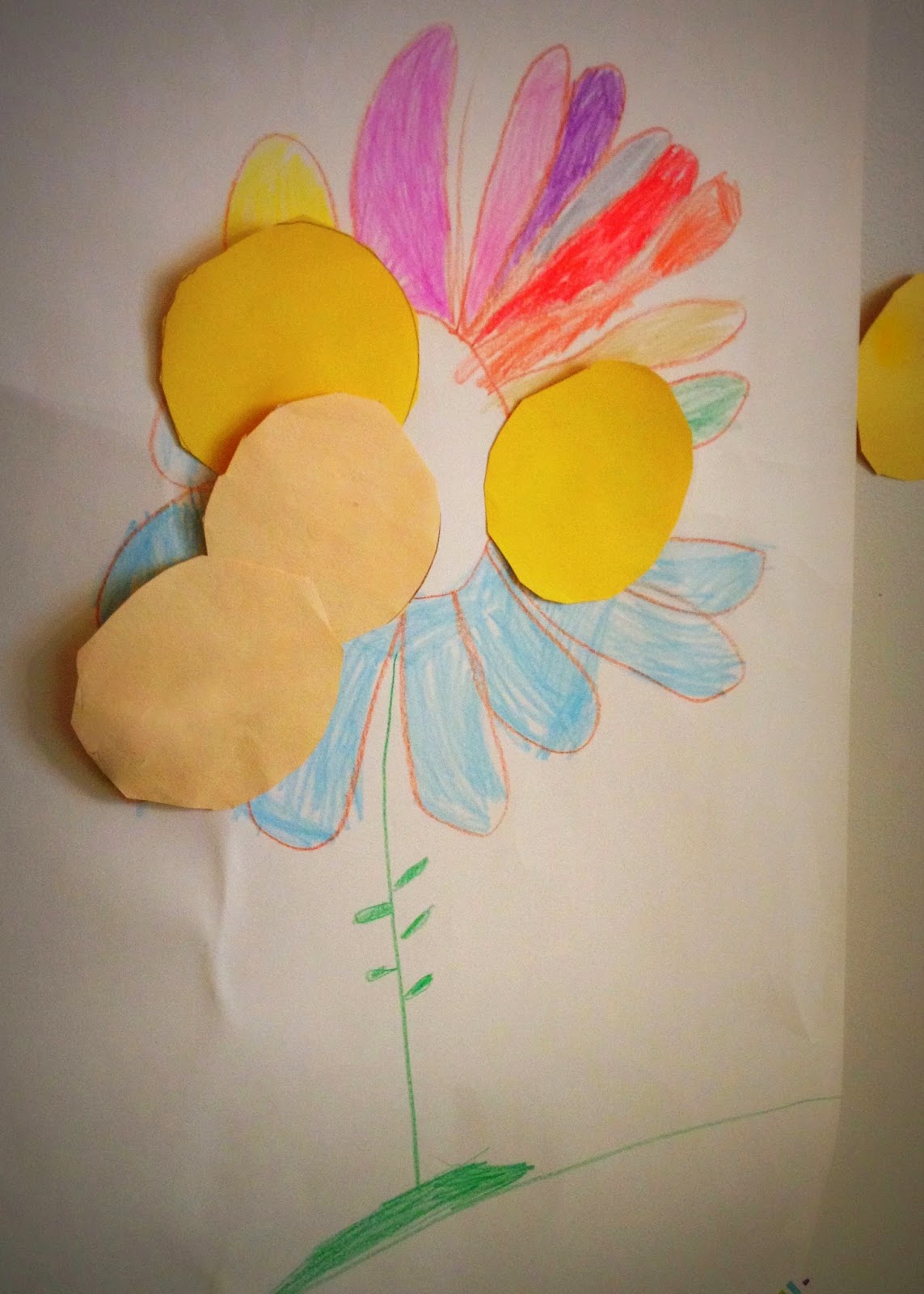 The day before, she made a list of things that still needed to be done, and shortly after lunch, she asked if she could make her cake. She's started reading more and more on her own now, so she got all the ingredients together, read the directions, and directed the baking of the cake. She iced it (with a little help from me) and offered her little sister the important job of putting sprinkles on the cake. She was so proud of herself. 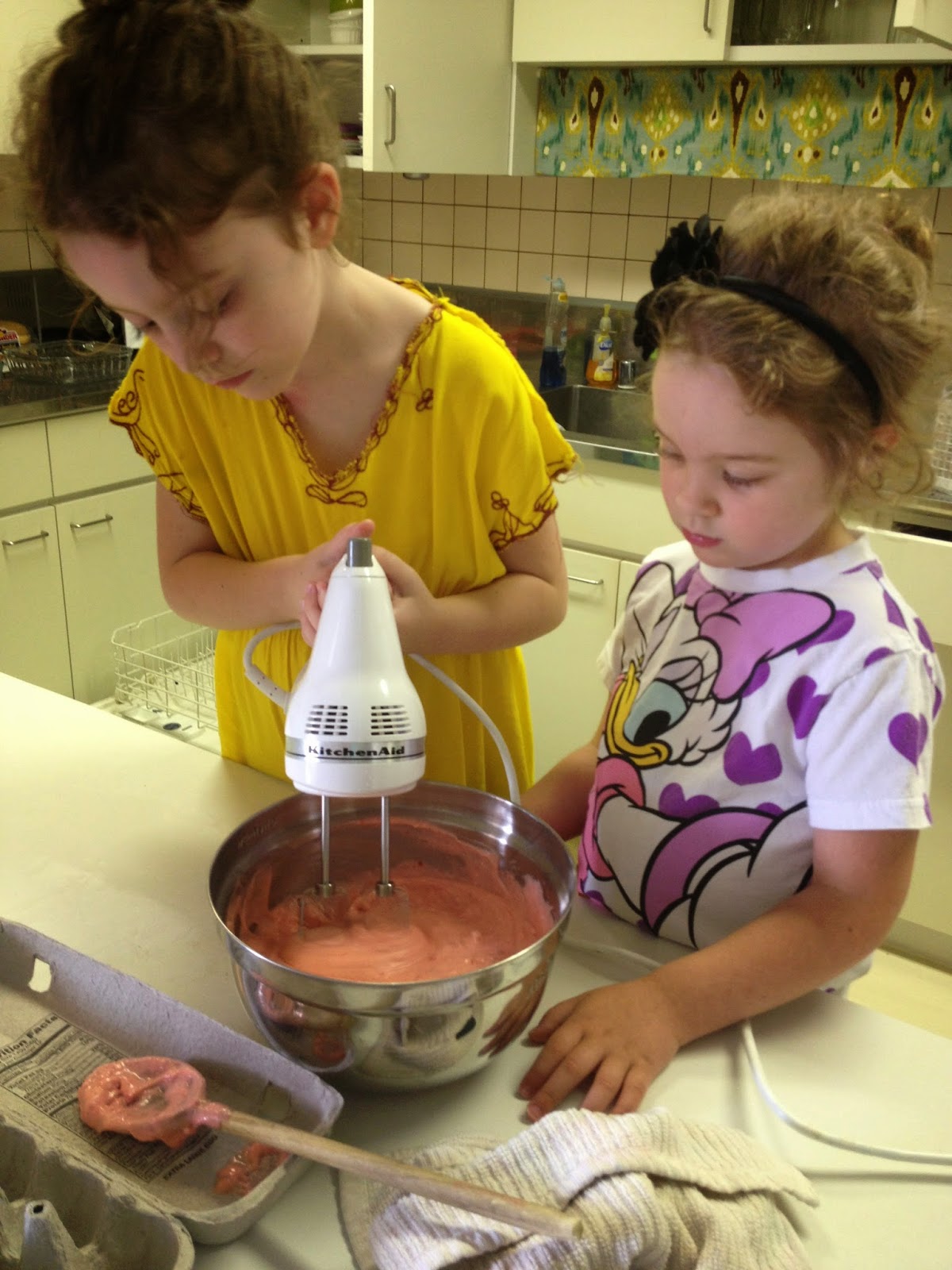 Later that afternoon, she asked if she could start decorating. I pulled out a bag of streamers and balloons that I keep on-hand, and I told her to think about what she wanted and that I'd be available to help her in a few minutes. I went to finish up on something I'd been working on, and when I came out, she'd already started hanging up string across the room, and using the streamers as vines. The morning of the party, she donned her fanciest dress. "Isn't that the same dress you wore for your birthday party?" I asked. To which she responded, "Well, I looked for something else, but this was the only suitable thing I had." Ha! What 6yo says "suitable?" 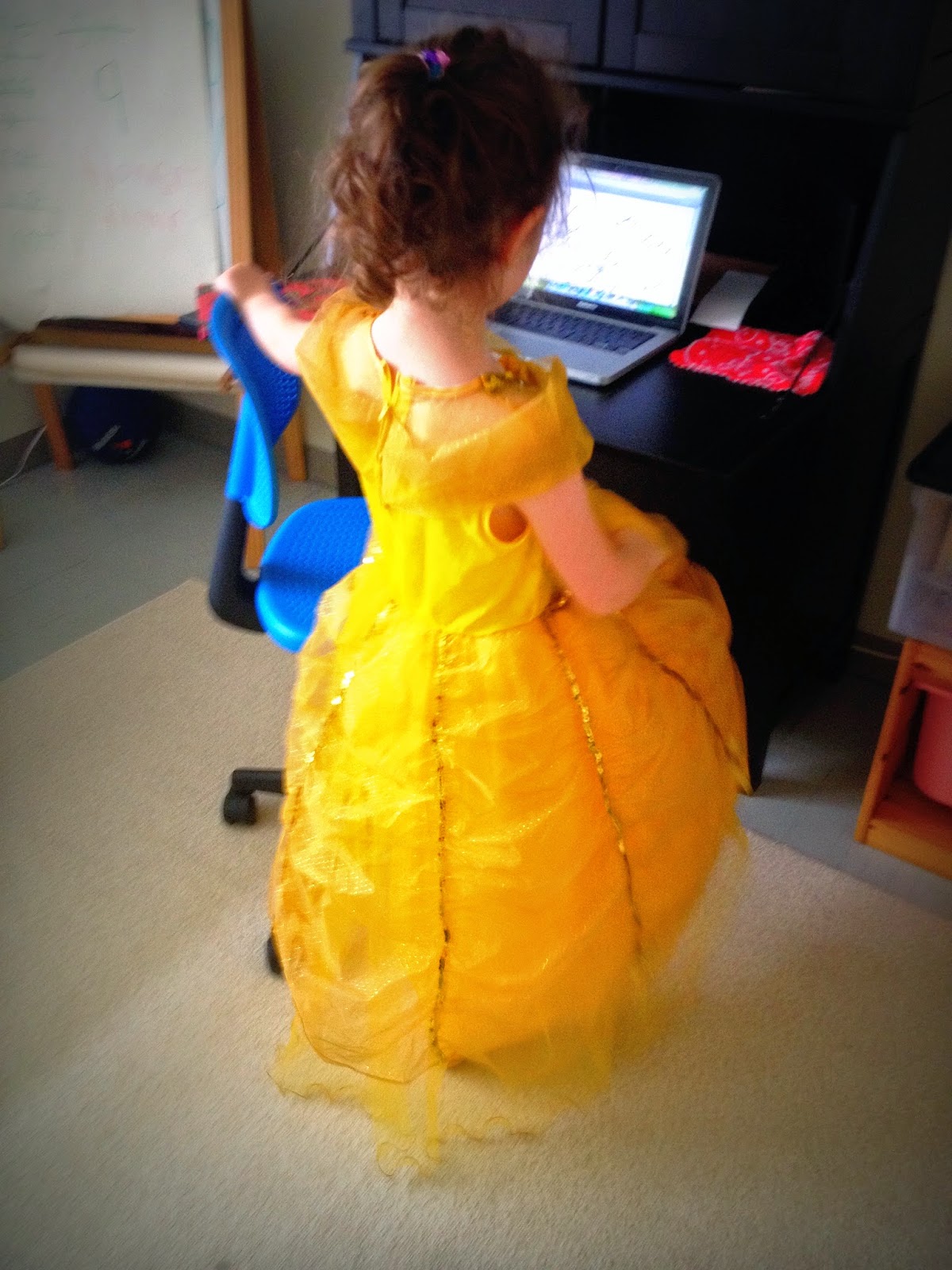 The plant party went well, but wasn't without a few hiccups for the 4-6yo age group. There were some tears because not everyone wanted to do activities (they just wanted to play), and some party guests were upset about not winning the pollen game, but overall, there were a lot of giggles and hugs.

I could have said "no" to the plant party. I could have dismissed it like I have done with so many other ideas. But instead, I said, "yes," and my 6yo learned a little bit about planning something, baking, and getting creative. She also might be saying that she wants to be an event planner and plan our anniversary party next month.... (Oh boy...) So who knows what will be next. I'm very happy to count this as a small win for PBH in our home, and I hope that these kinds of opportunities will help my daughters learn that they are capable of so much! They are creative, resourceful, determined, intelligent and passionate, and I don't want them to forget it as they grow older (like so many adults do...). That's what project-based-homeschooling is about.
Posted by Kimberly at 1:07 AM

Email ThisBlogThis!Share to TwitterShare to FacebookShare to Pinterest
Labels: Homeschooling