Things have finally started settling back down since we arrived home from Kyoto and that can only mean one thing....

It's time to blog about it!

We traveled to Kyoto by way of the shinkansen (bullet train) and it took 2 hours from Shinagawa station in Tokyo. When we arrived in Kyoto, our first priority was to check into our machiya (yes, we rented a traditional town home!), which was only a few blocks from Kyoto station. We grabbed a taxi and checked-in with our rental company. They walked us over to our town home and we dropped off our luggage while they finished cleaning the place. It was early in the afternoon, so we decided to spend the rest of the day at Nijo castle before getting dinner and settling in at our machiya.


Nijo Castle was built in 1603 as the Kyoto residence of Tokugawa Ieyasu, the first shogun of the Edo Period (1603-1867). After the Tokugawa Shogunate fell in 1867, the Castle was used as a palace for the imperial family for a while before being donated to the city and opened up to the public as a historic site. Its palace buildings are arguably the best surviving examples of castle palace architecture of Japan's feudal era, and the castle was designated a UNESCO World Heritage Site in 1994.

Unlike some other castles and historical buildings, you are allowed to walk through this castle! The girls particularly liked the "nightingale" wood floors that were rigged to squeak if an enemy tried to sneak into the castle at night. They had fun pretending they were ninjas while they tried to avoid squeaking. I couldn't believe we were allowed to walk on the same wood floors that had been there for a few hundred years! 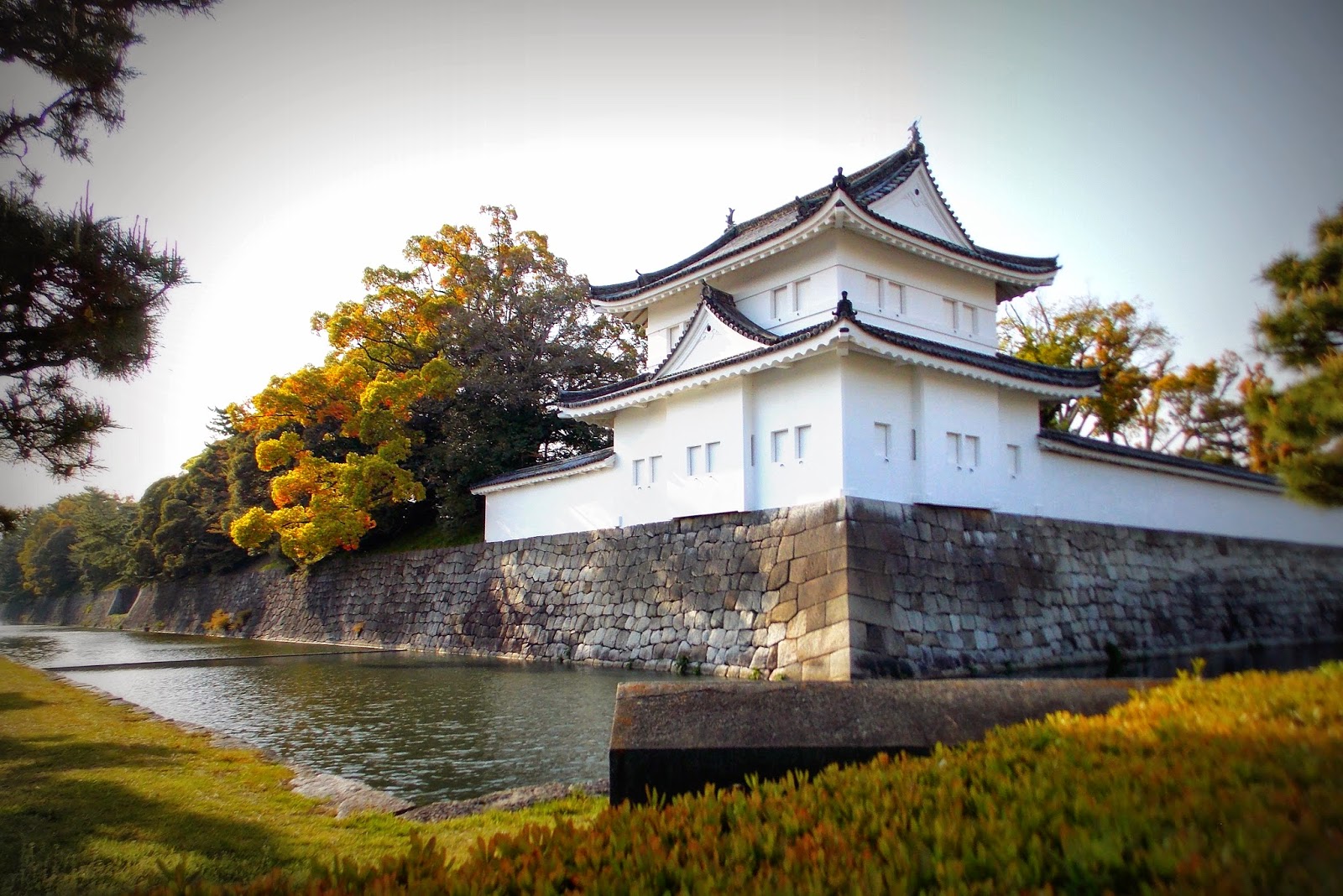 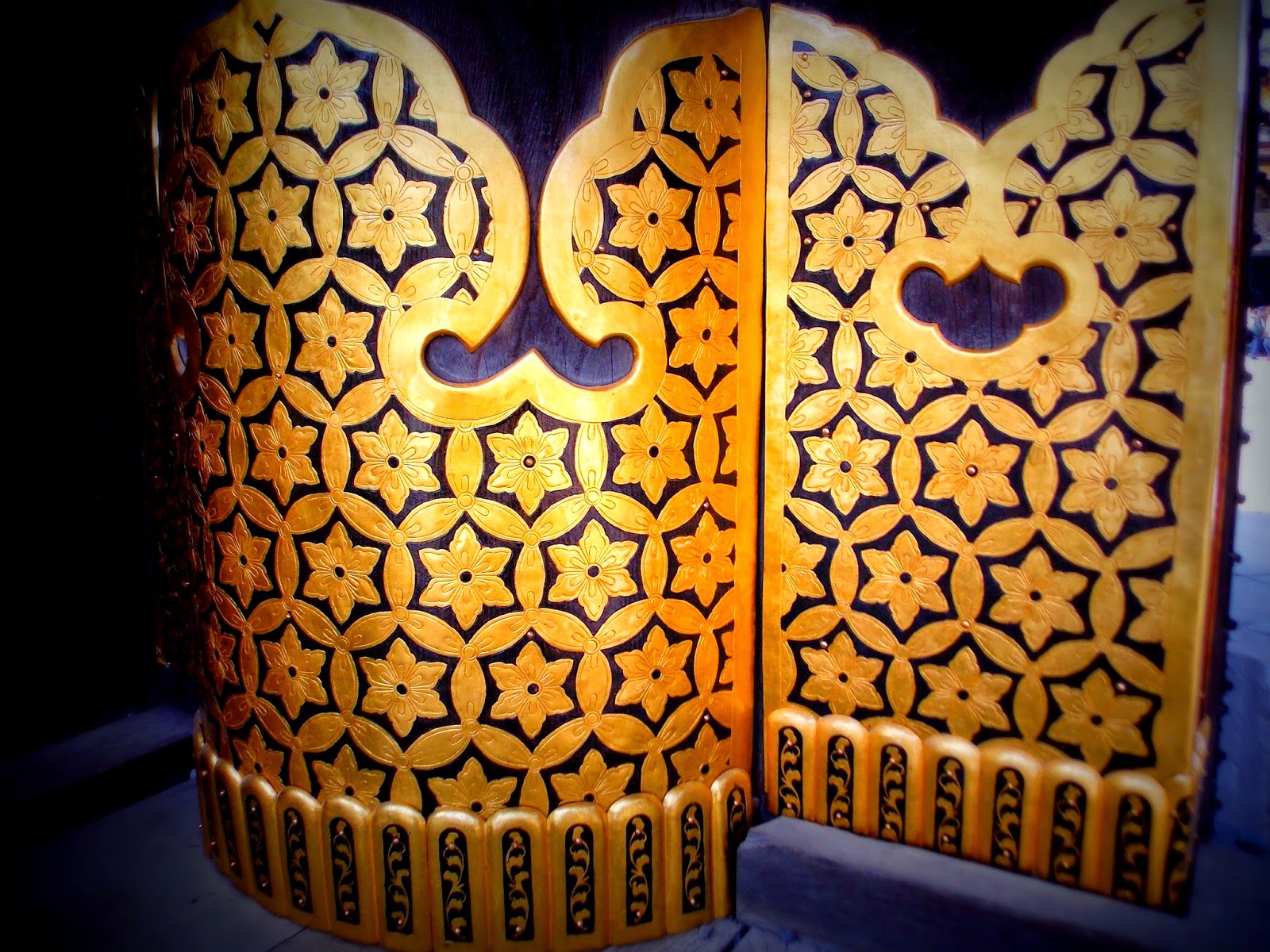 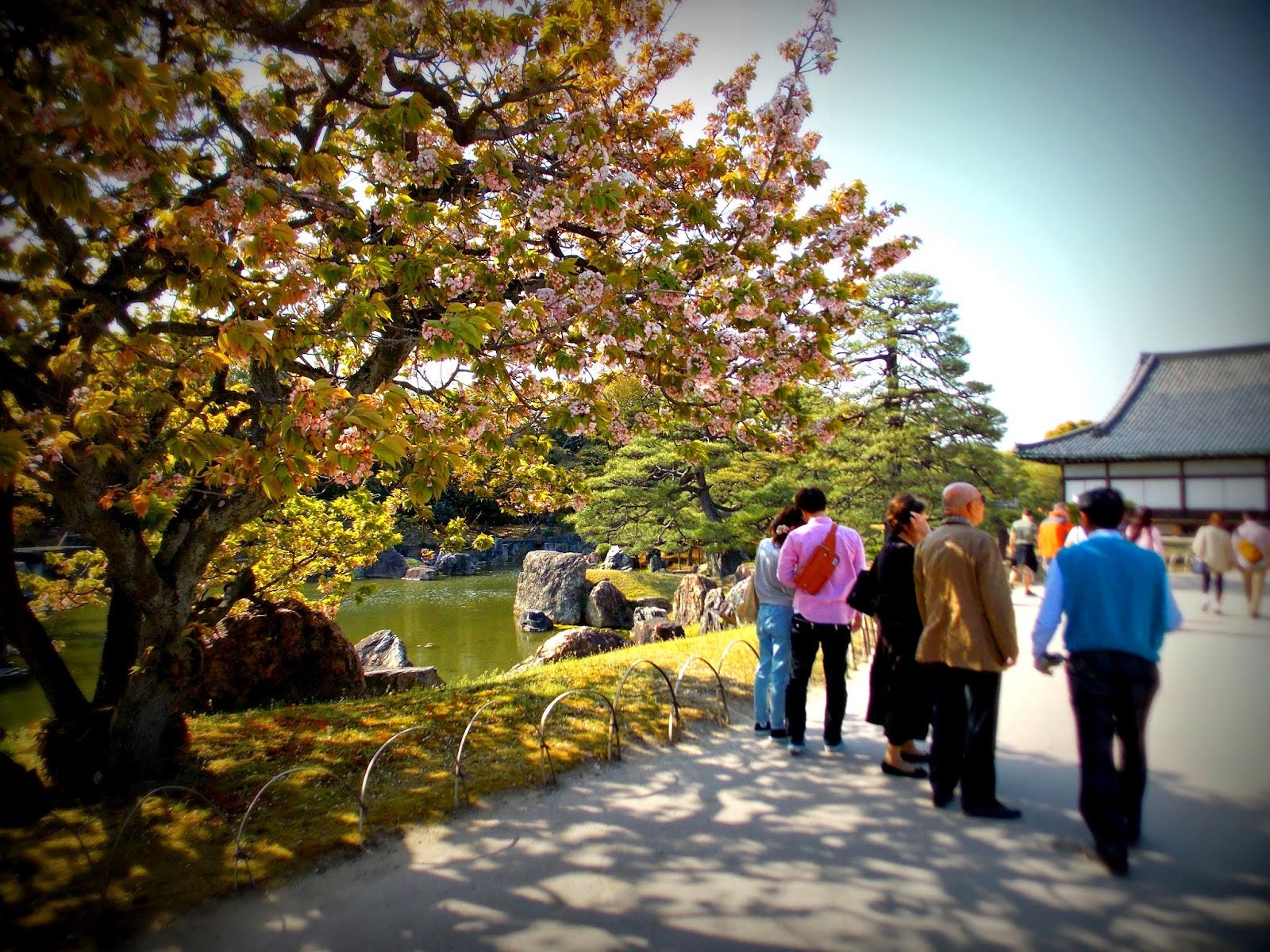 One reason we decided to go to Nijo castle was because it was relatively close to our machiya. Kyoto's tourist attractions can be very spread out, and we didn't want to try and trek all over the city on our first afternoon. The rest of our days spent in Kyoto were divided amongst areas of the city so that we could optimize our time. There is a LOT to see in Kyoto, and with small children along for the trip, I'm glad we planned on spending almost 6 full days in the city. We were able to fill most of the day with sightseeing, while still ending our day around 3:00 or 4:00pm so that they kids could rest the remainder of the afternoon. And I'm not going to lie, I enjoyed resting too.
Posted by Kimberly at 12:39 AM

Email ThisBlogThis!Share to TwitterShare to FacebookShare to Pinterest
Labels: Kyoto