The girls and I took a field trip! Instead of staying inside on a rainy day, we decided to head up to Tokyo and visit two wonderful museums in Ueno park. It's quite a long train ride from our house - 70 minutes - but my girls have become train pros. They had to stand almost the entire time, but were quiet and well-behaved. While standing there in the train, watching all the Japanese houses go by, I couldn't help but be proud of my girls. They have so effortlessly made Japan their home for the past 2 years. Makes me feel a bit sentimental.... 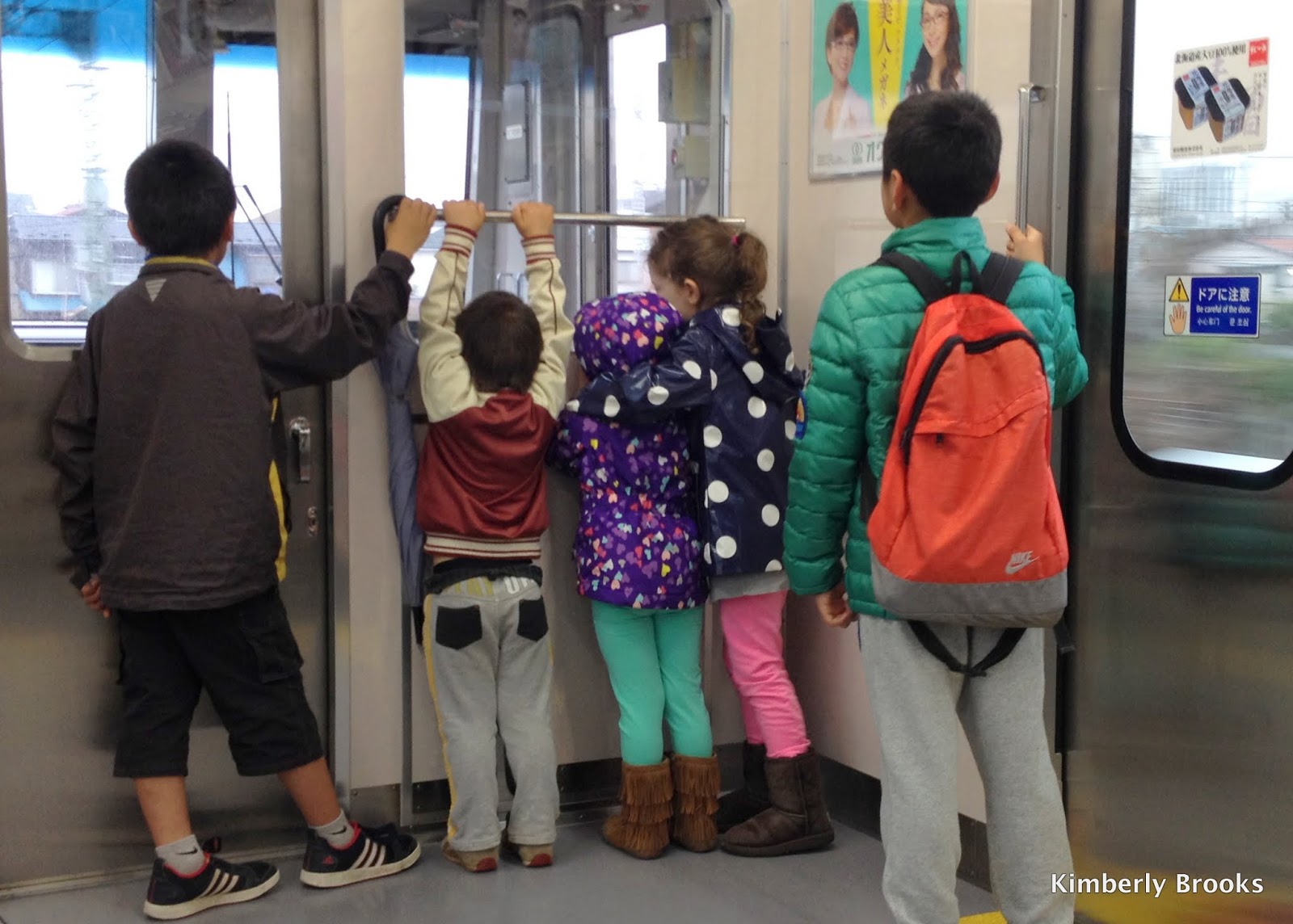 Anyway... First up was the National Museum of Science and Nature. You'll know you've arrived at the right place when you see a giant whale - suspended as if he's swimming alongside the museum - to the left of the building. Japan may be expensive to travel through, with all the tolls and train fares, but museums are ridiculously cheap! Both the girls were free, and my ticket cost a whopping 600 yen (roughly $6.00).


We had been to this museum once before, with my husband in tow, but somehow we missed a large portion of it. My girls would have particularly enjoyed their dinosaur displays, so I knew I wanted to take them back for a second visit. The dinosaurs were the first thing they asked to see, so that's where we headed as soon as we arrived. My oldest was a little scared to walk into the room when she saw how large the bones were. But she quickly overcame her fears and told me later that it was her proudest moment of the day. She was really glad she went in to have a closer look. The favorite of all the dinosaurs? T-Rex, of course! 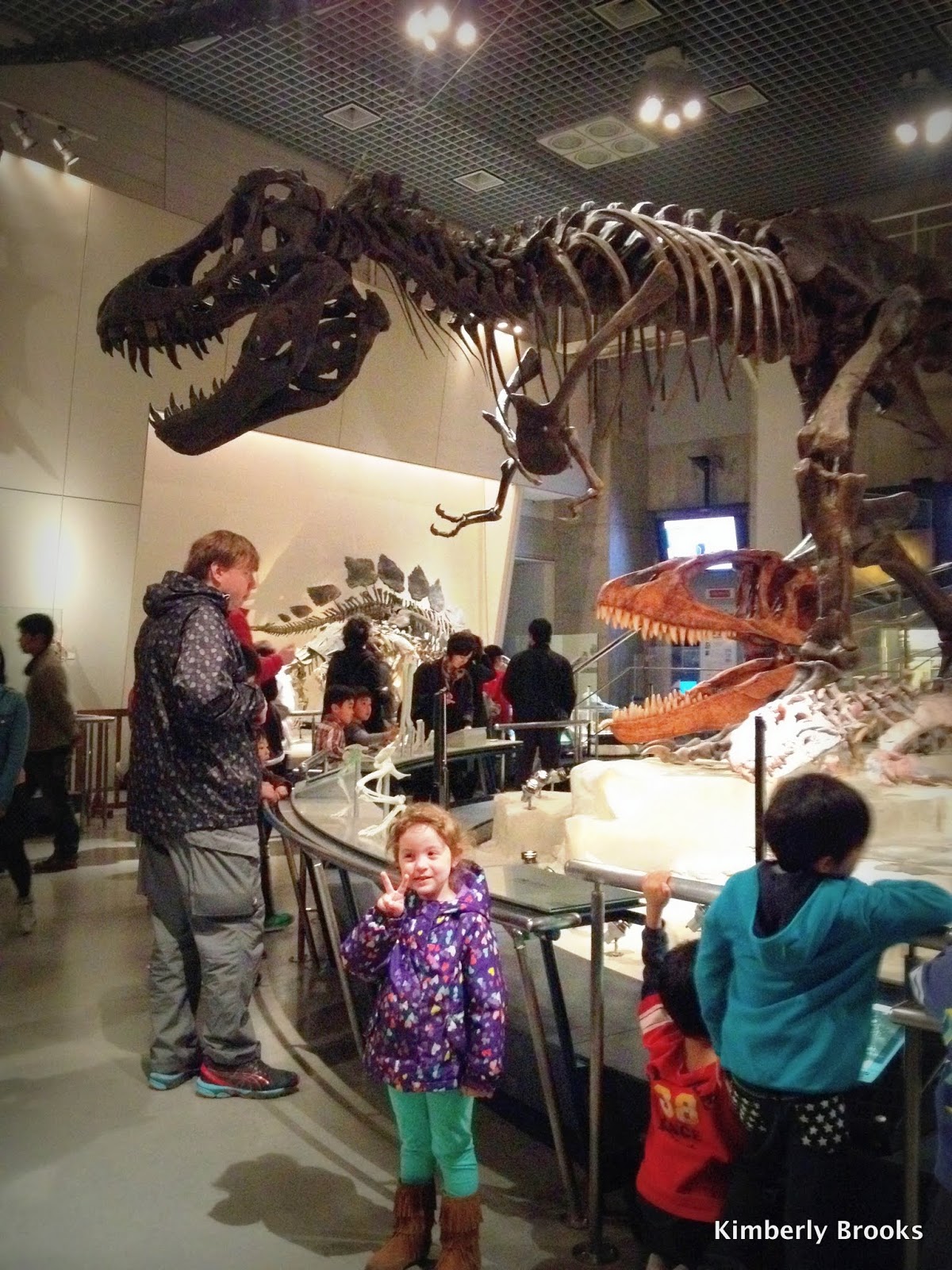 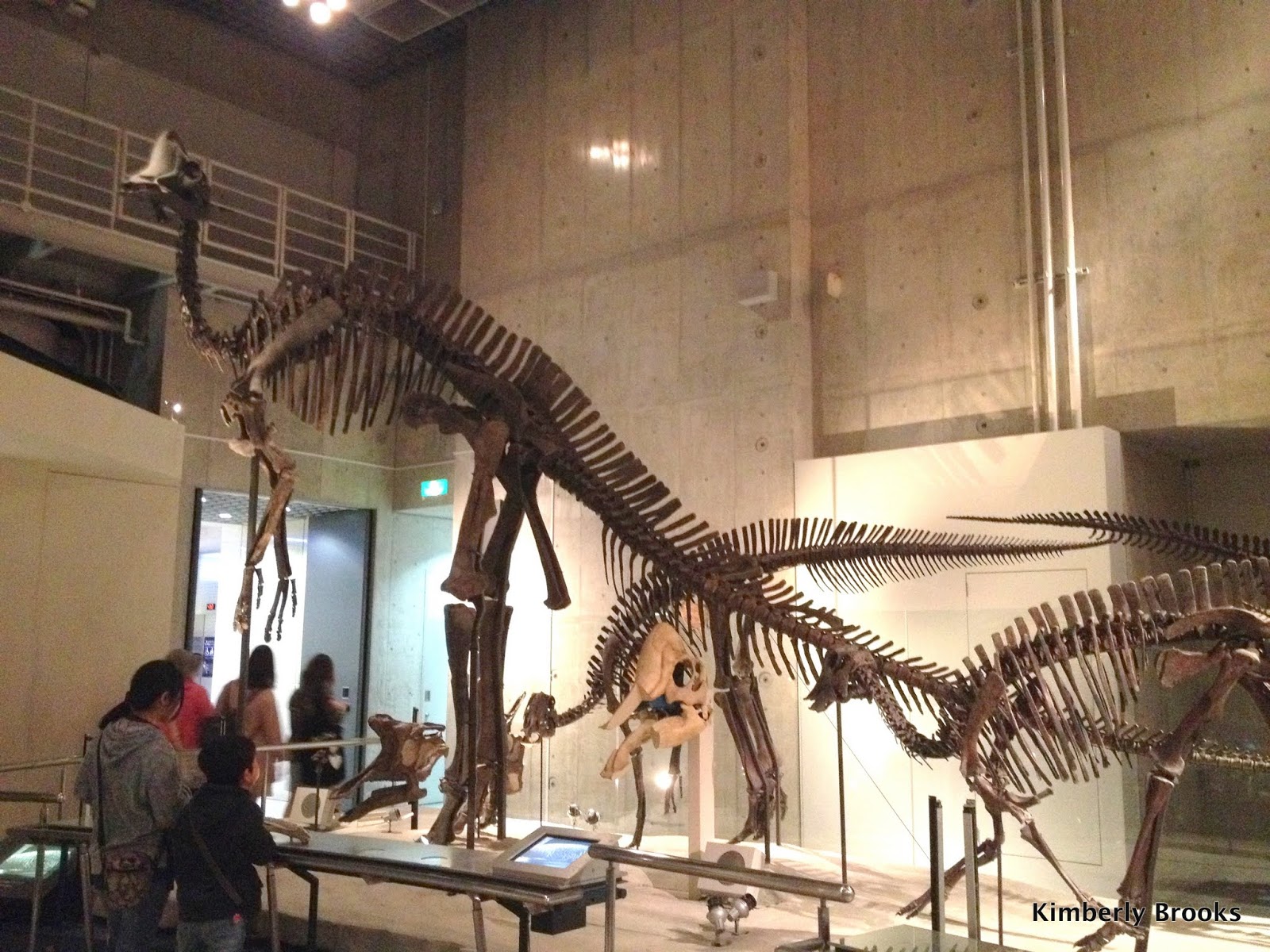 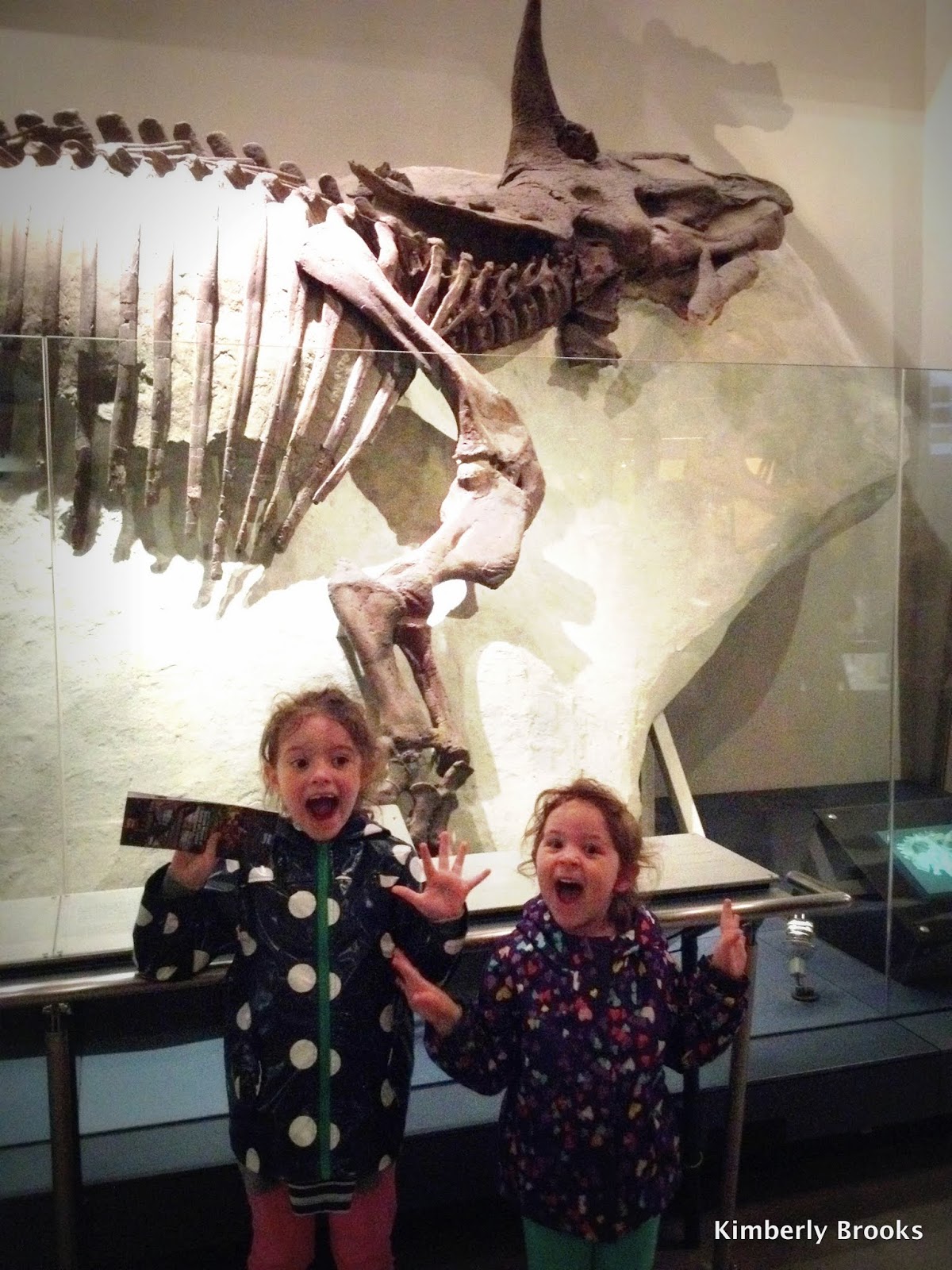 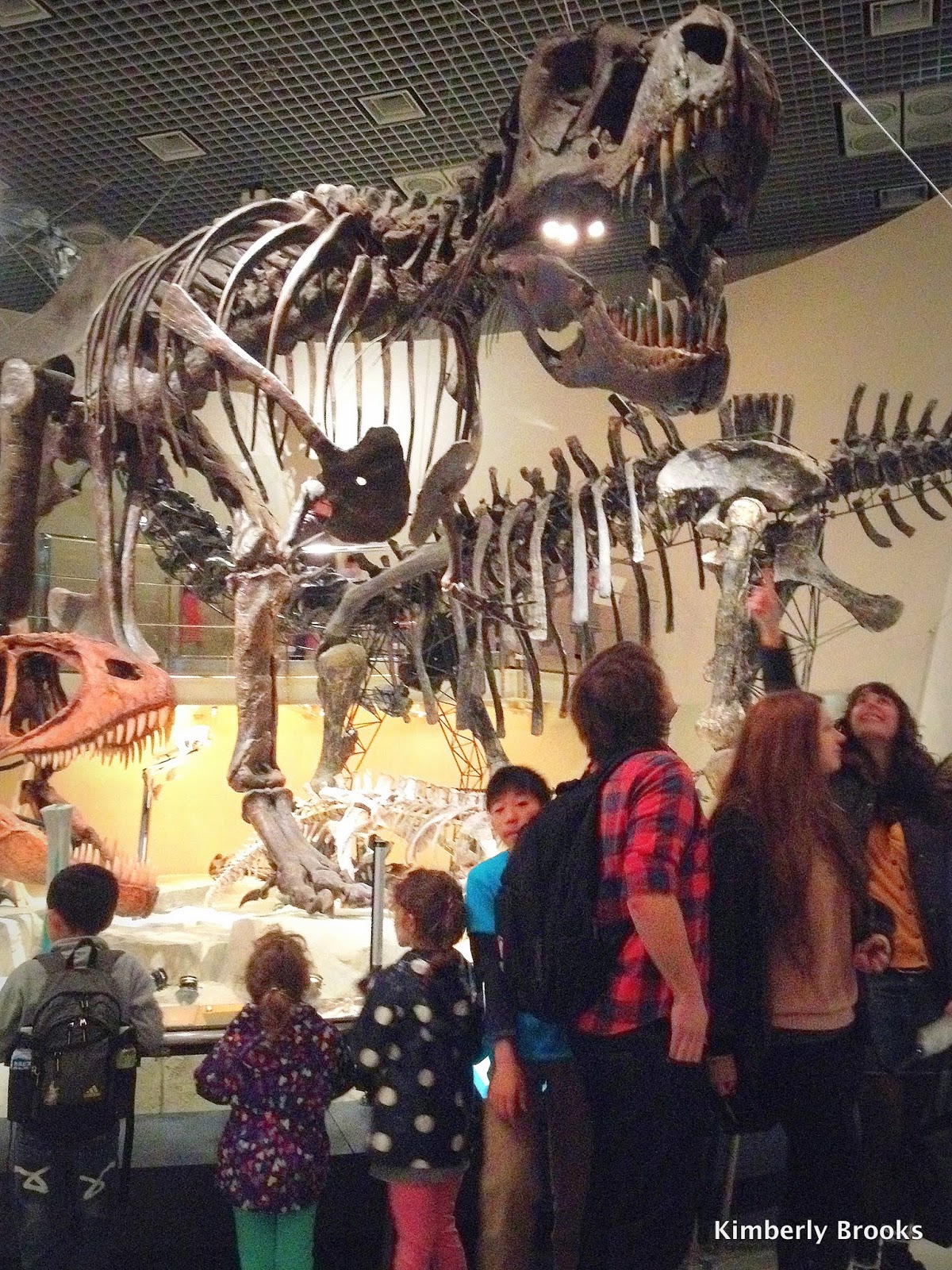 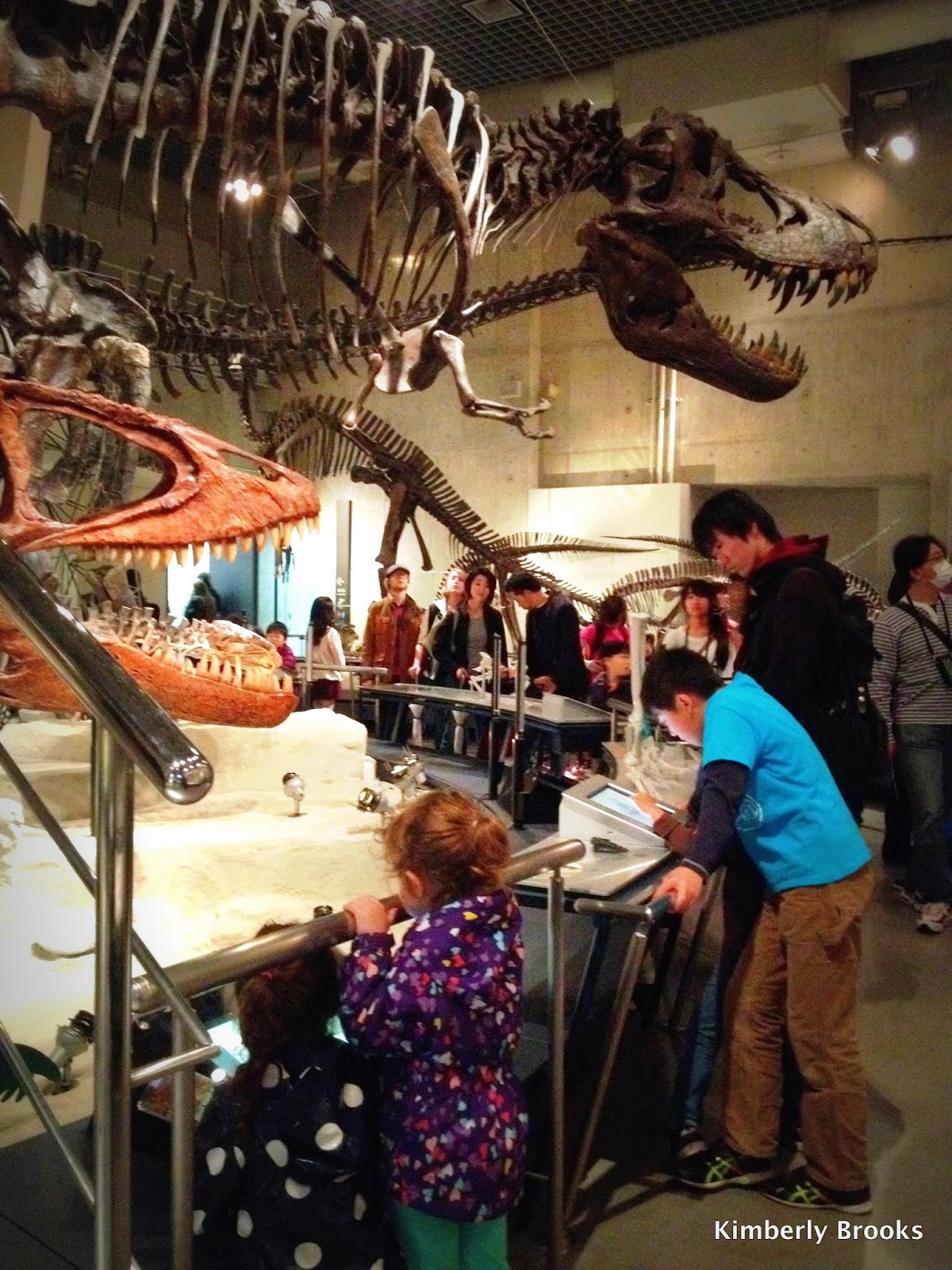 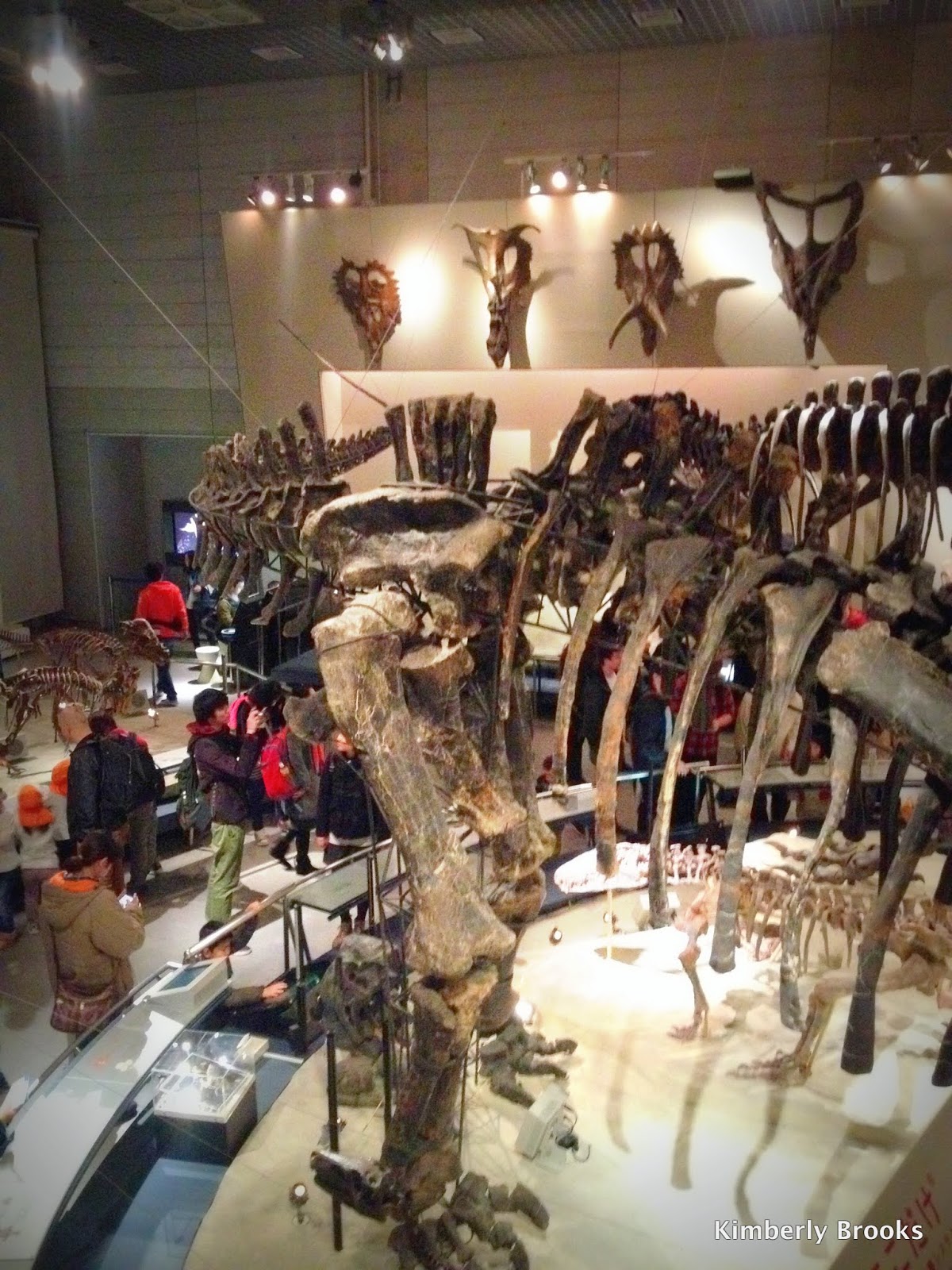 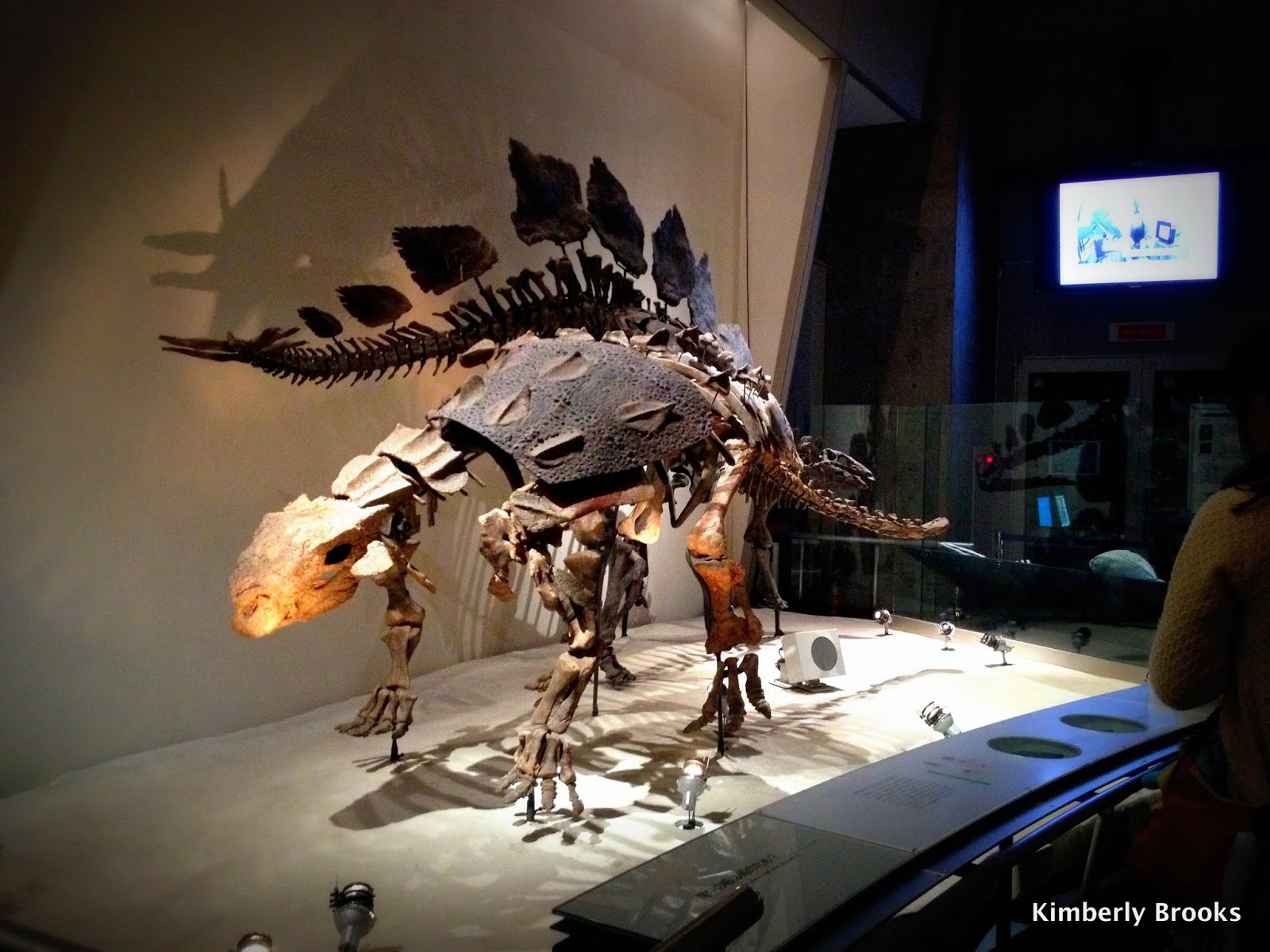 We then headed over into another part of the museum that included lots of extinct ice-age animals, and displays about the very first human beings. We had just recently watched the second episode of Cosmos, so the girls were excited to link the two together. Their comment about early humans? "We were REALLY hairy." 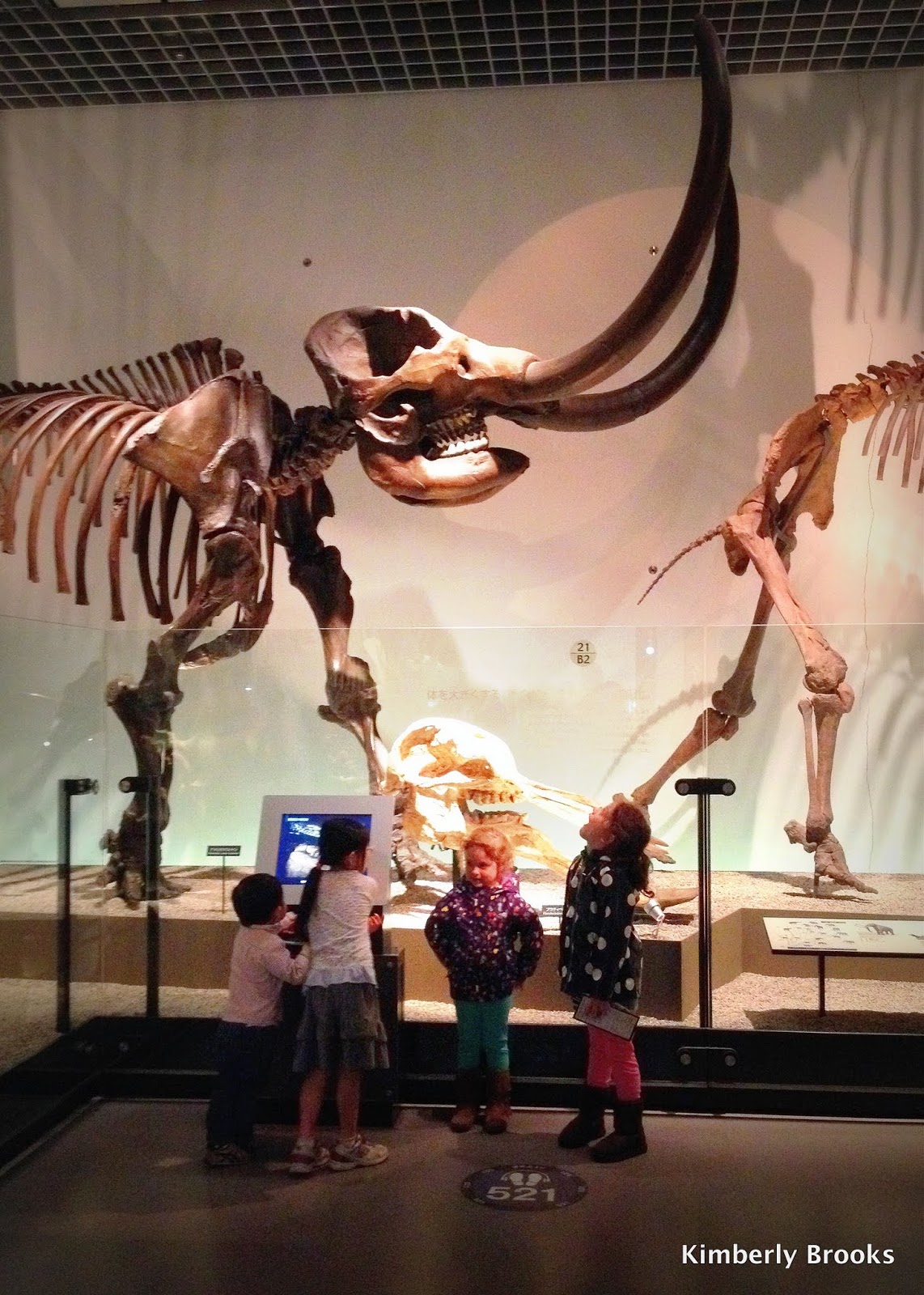 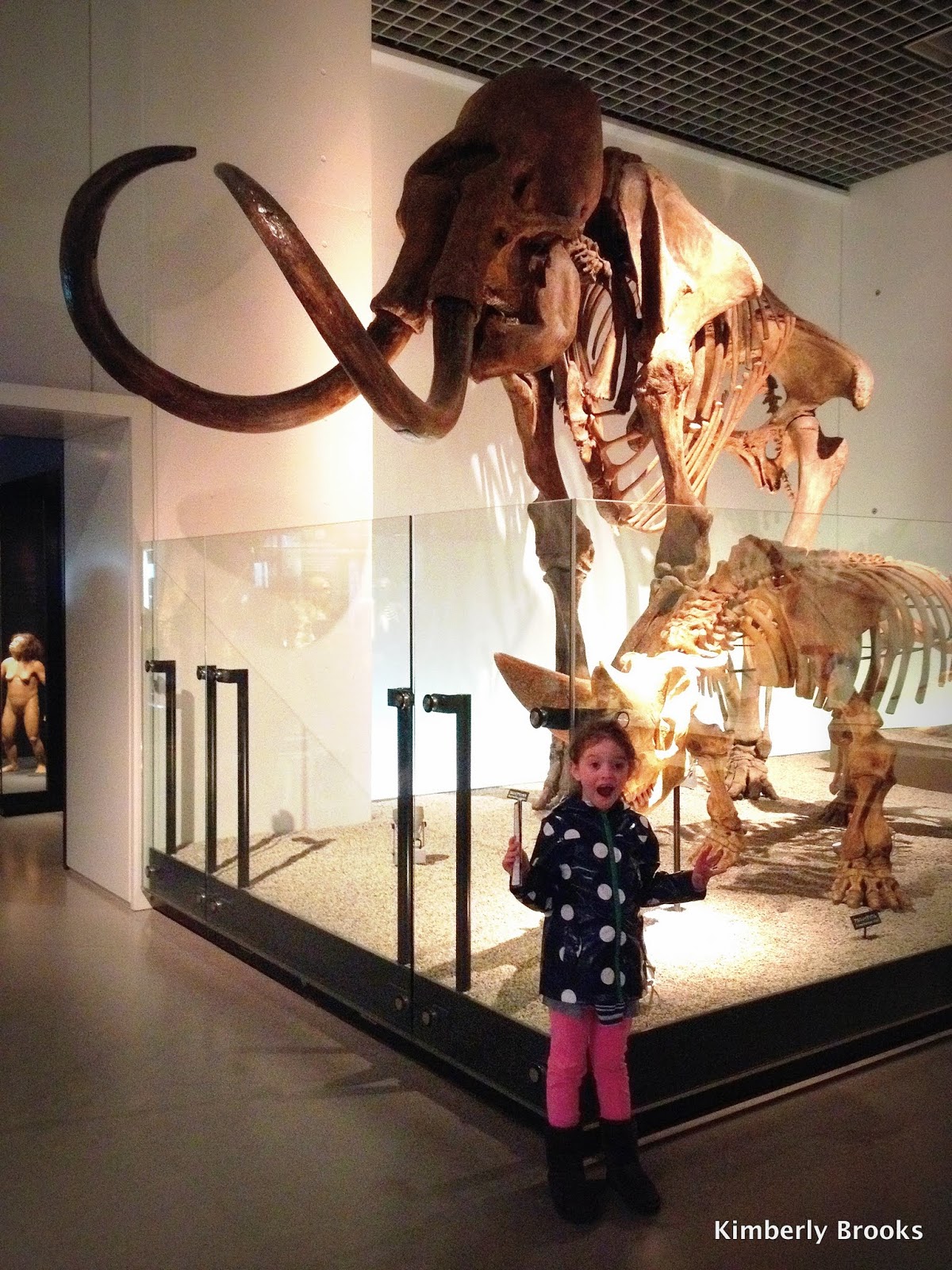 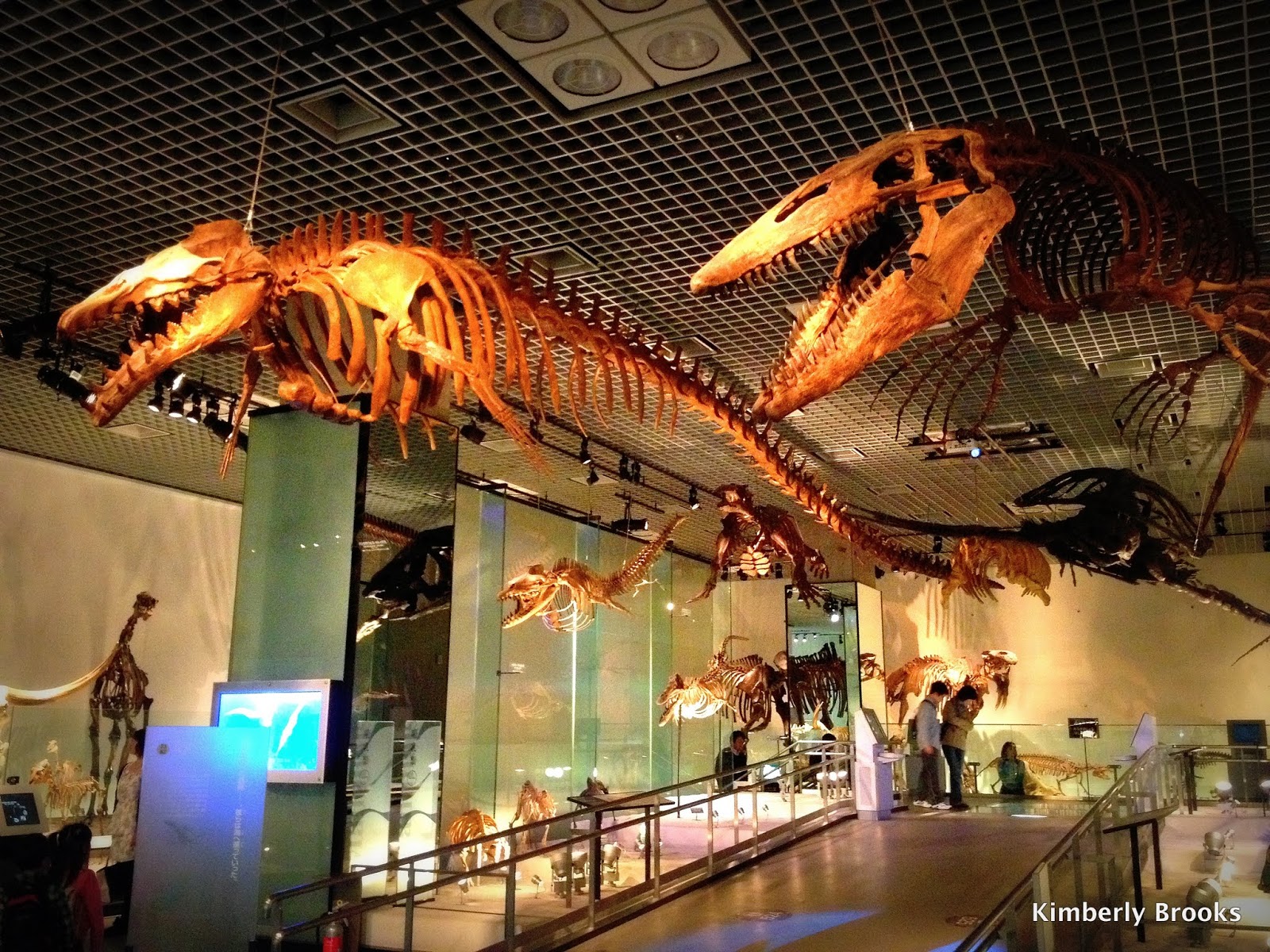 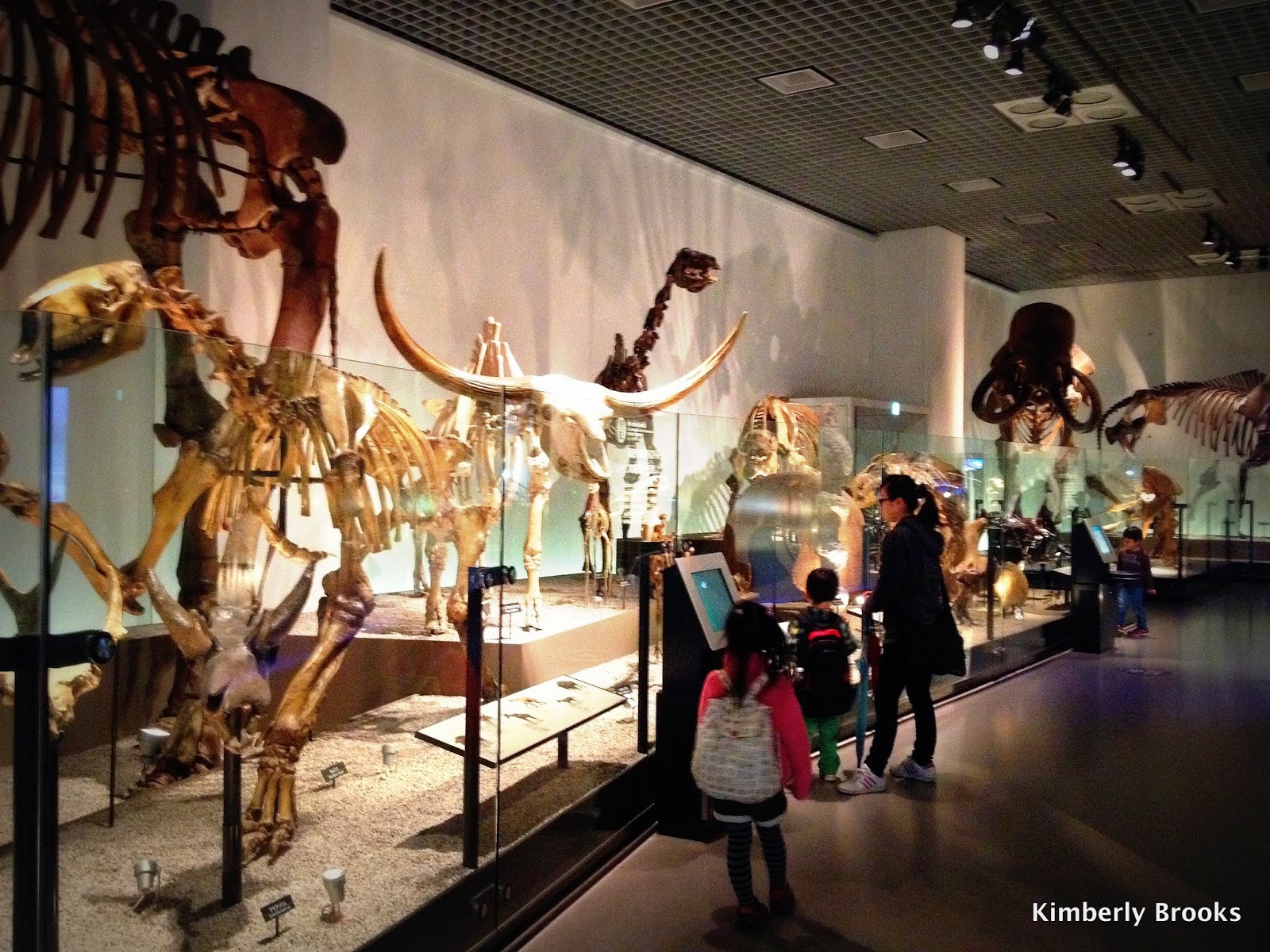 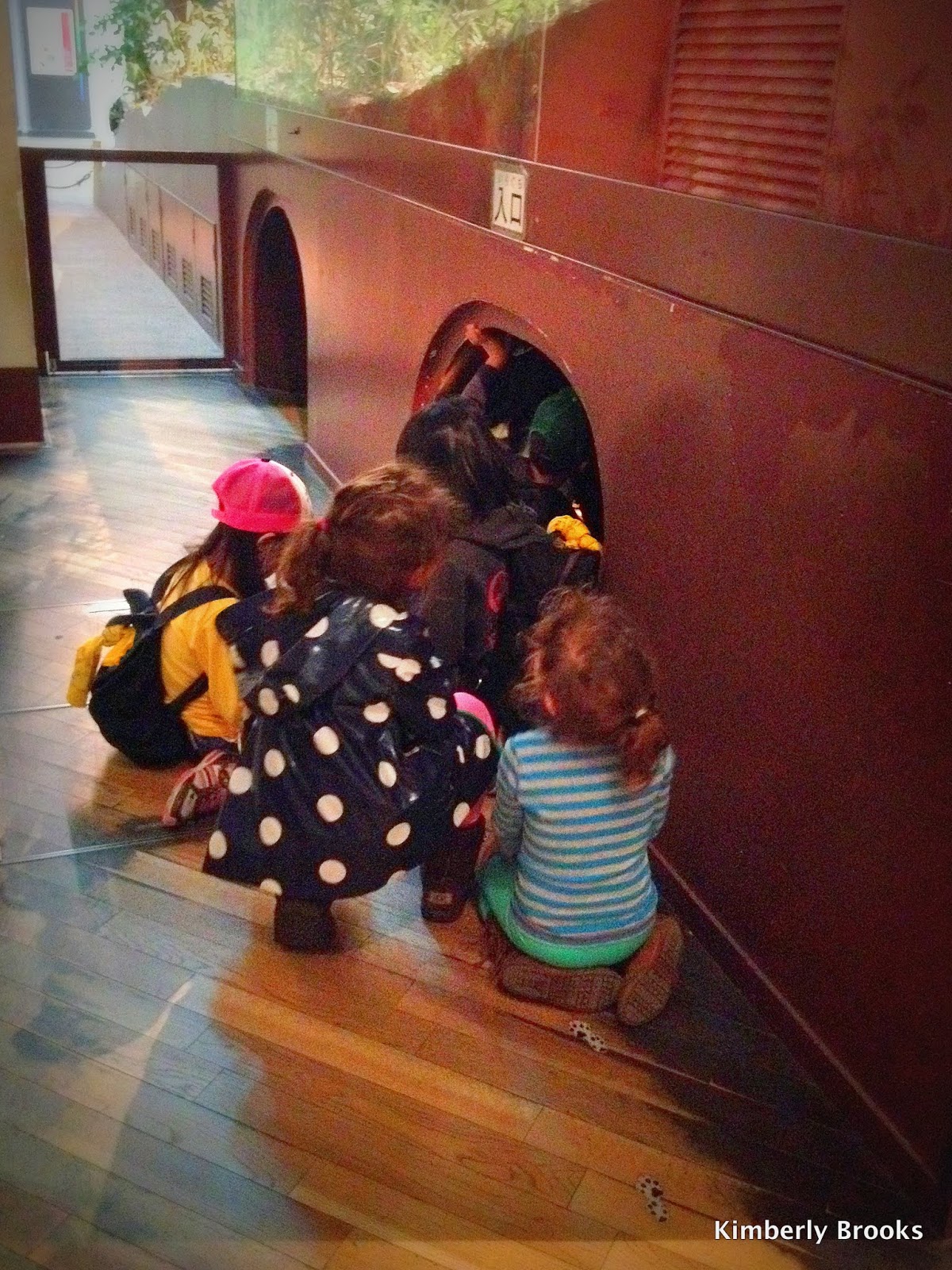 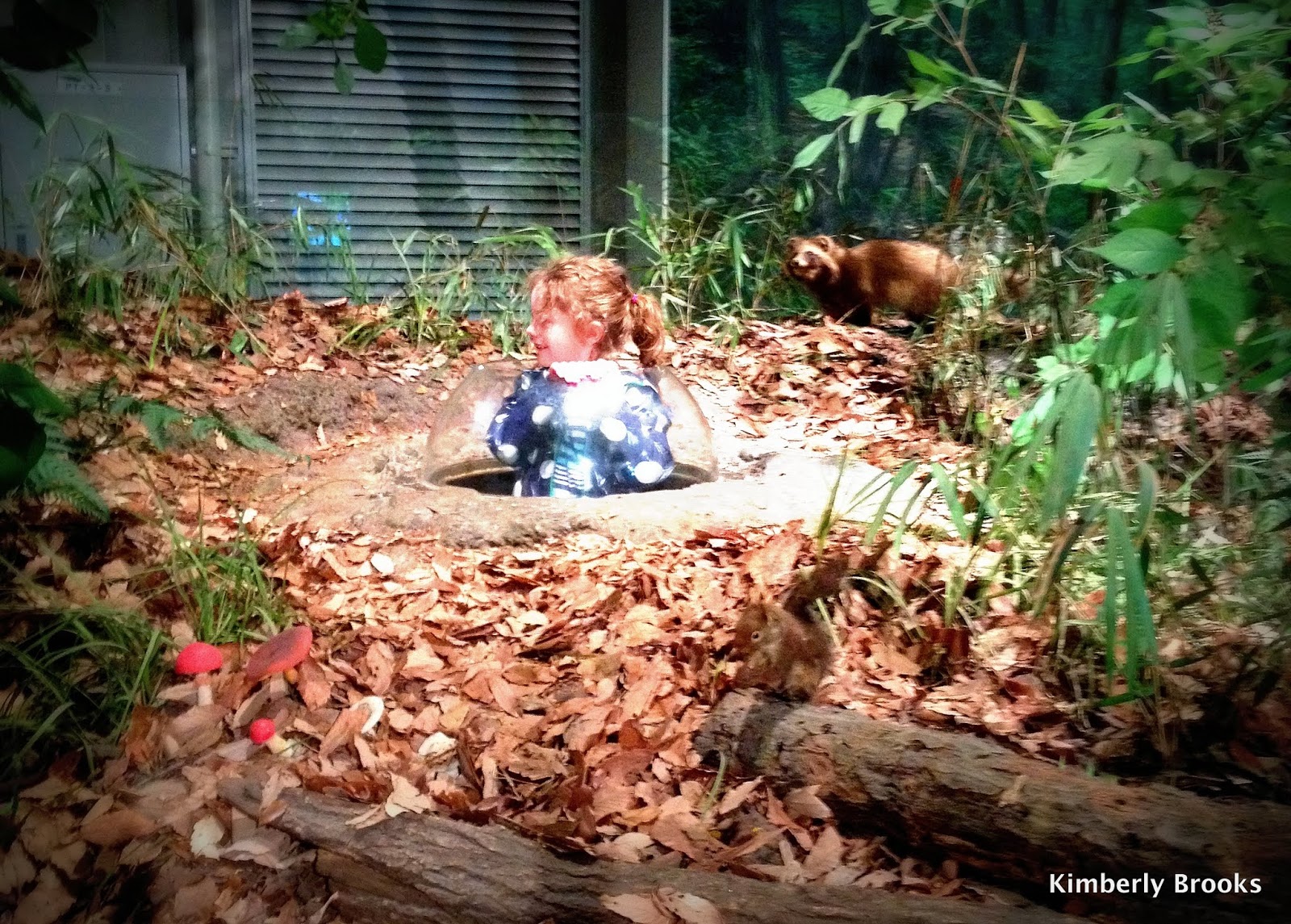 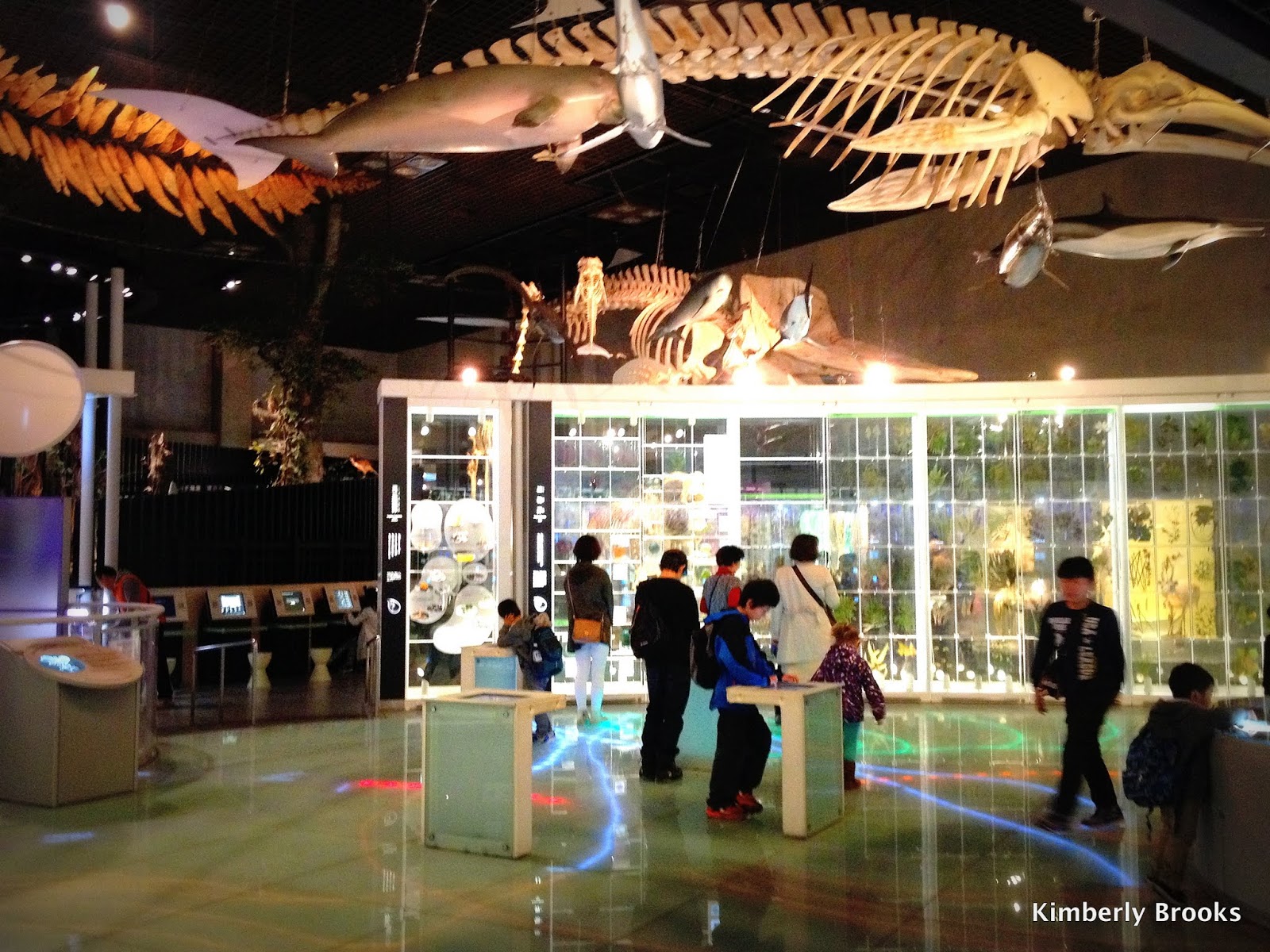 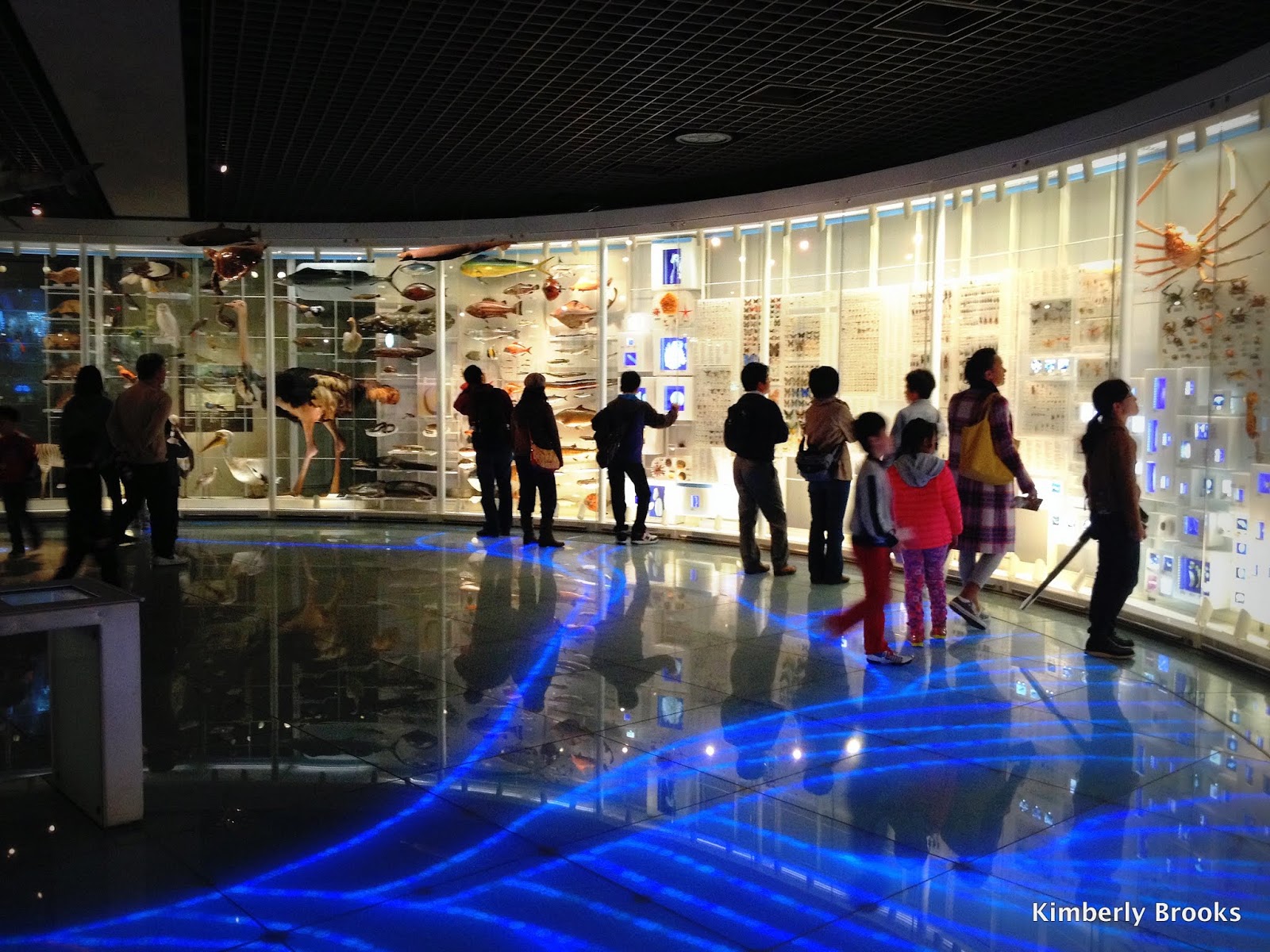 We walked through a few more animal exhibits, then headed to the bathroom before leaving the museum. I was in the bathroom stall and the girls were *supposed* to be washing their hands, when I hear something start beeping. It sounded like some sort of... alarm... beeping. When I come out of the stall, both girls are looking like deer in headlights. I glance over to the wall, and there is a light beeping above what I can only assume is an emergency button (who knows when it's in Japanese). We walked out of the bathroom and down the hall, and bumped into two Japanese security guards running towards the women's bathroom. Thankfully, I know enough Japanese that I was able to say, "Excuse me! I'm sorry!" and I pointed to the kids. The guards smiled at me, looked relieved, and said, "Daijoobu desu," or "It's okay." My girls were embarrassed, and apologized to me several times. Guess I can't blame them if they can't read what the signs or buttons say in the first place....

We left the science museum and went to find a place to have some lunch. We spotted a Starbucks across the middle of the park, and my oldest said it would be a perfect place. :) I had packed some sandwiches for the girls, so I ordered something for myself, and got them a cookie and juices.

And even though it was starting to rain harder, we couldn't help but try to get a picture with the first sakura trees of the season. Pretty soon, Ueno park will be filled with sakura blossoms. 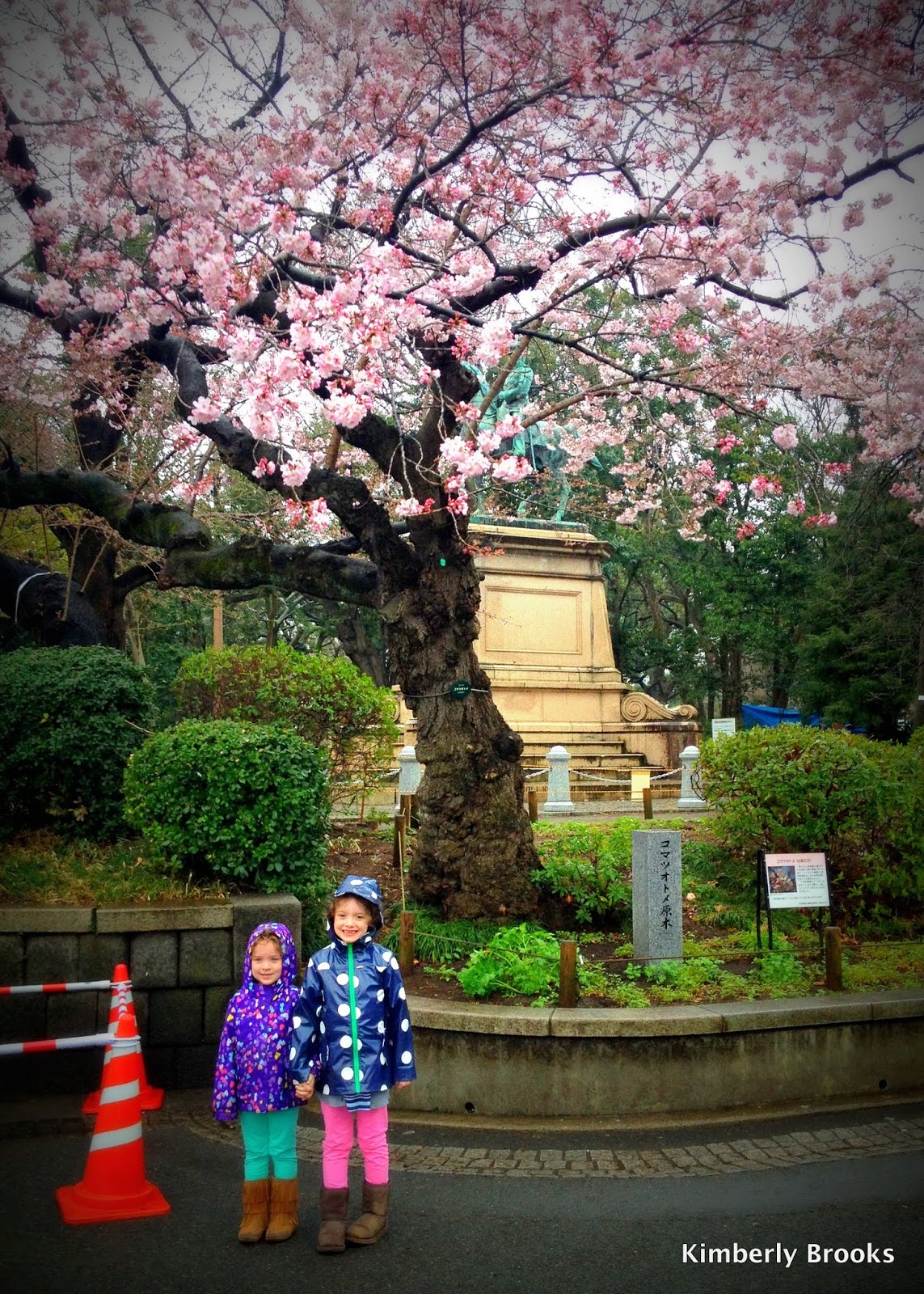 I asked the girls if they wanted to see one more museum - the National Museum of Modern Western Art - since it was right next door, and even though we'd already spent a couple of hours touring the science museum, they enthusiastically said yes.

We had a quick review over appropriate art museum behavior, and dived right in. Again, this museum was very inexpensive. The girls were free, and I paid 420 yen (roughly $4.20). There were a lot of artists that I had never heard of, but there were also some paintings by Monet, Renoir, and Picasso. 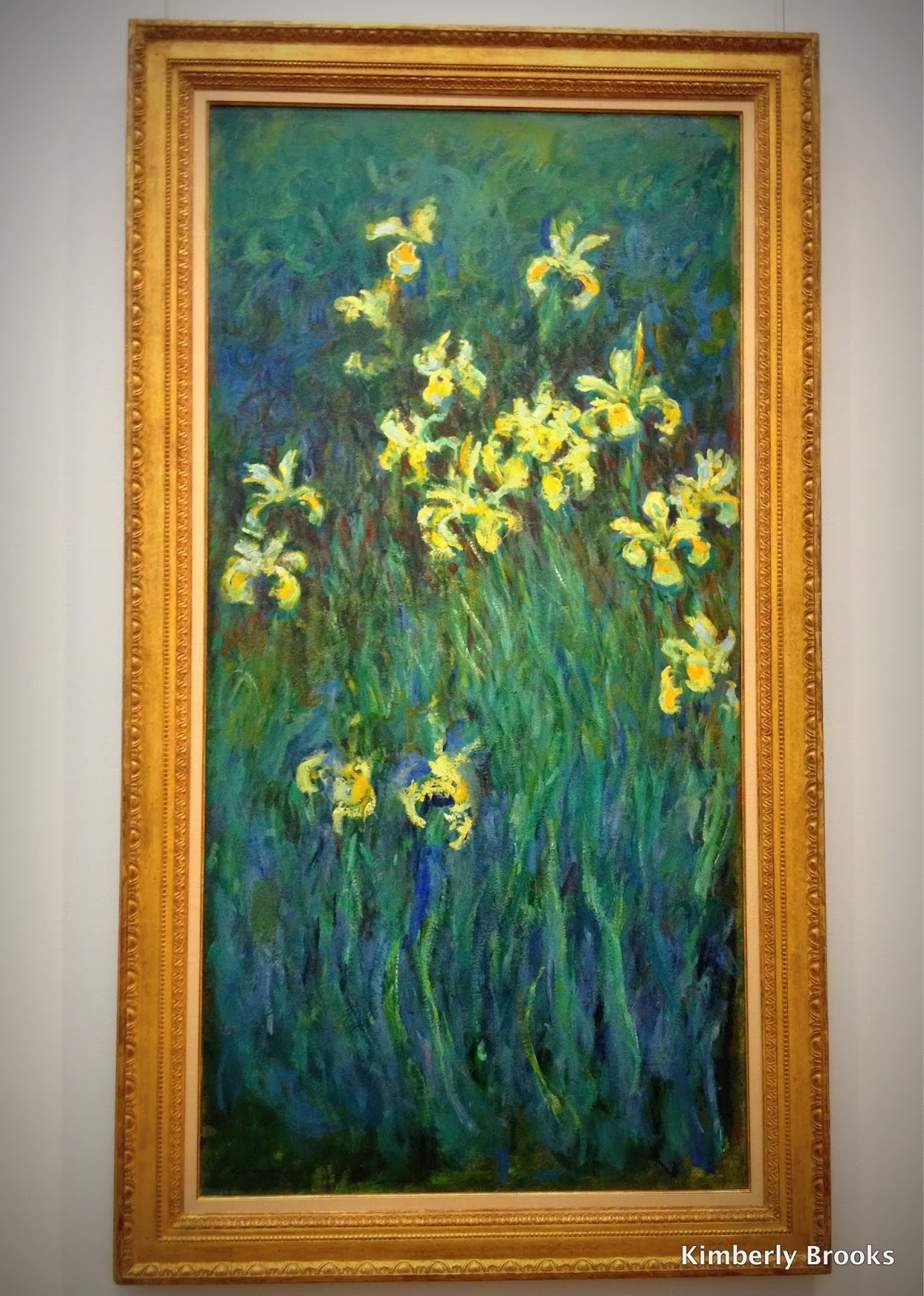 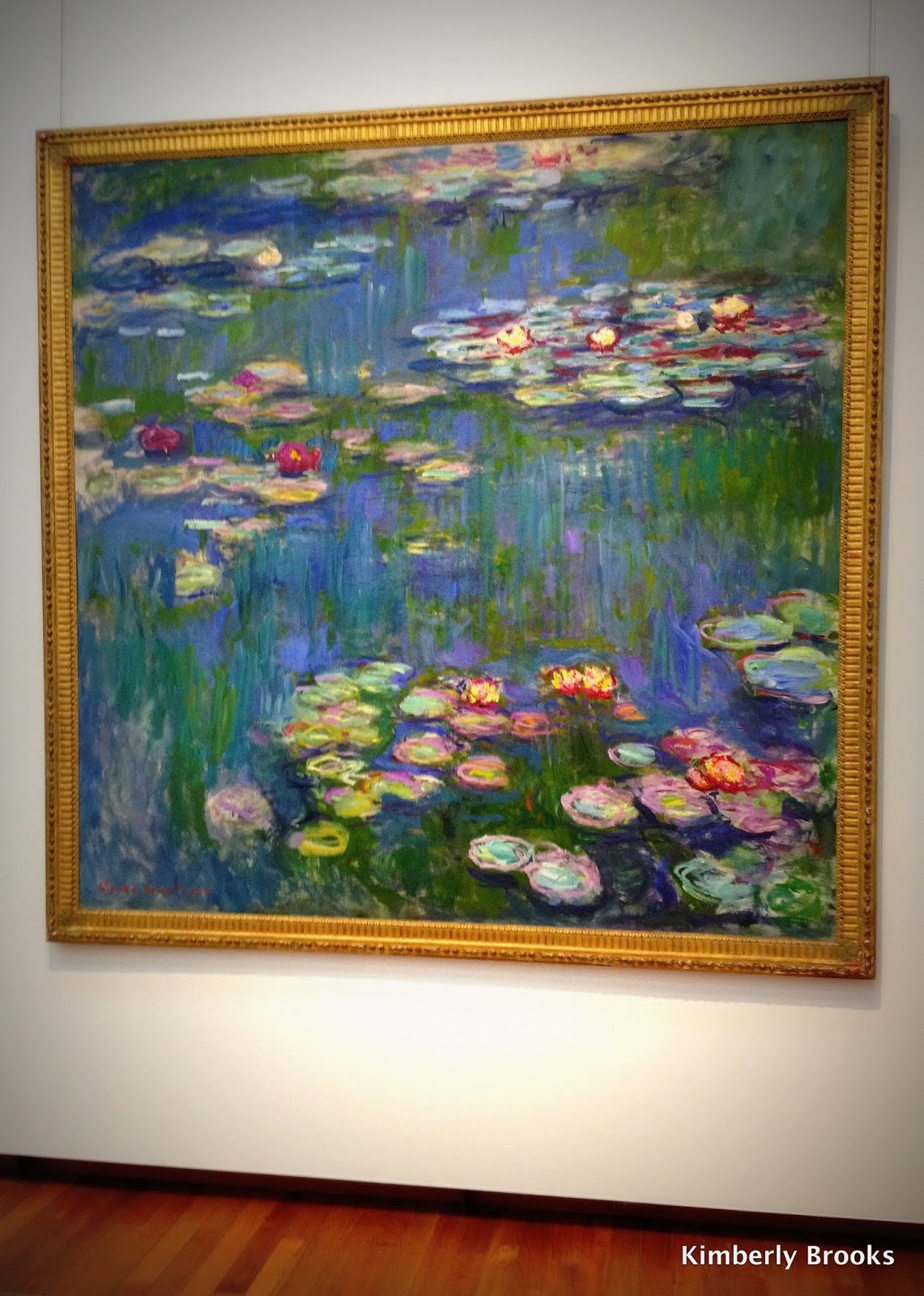 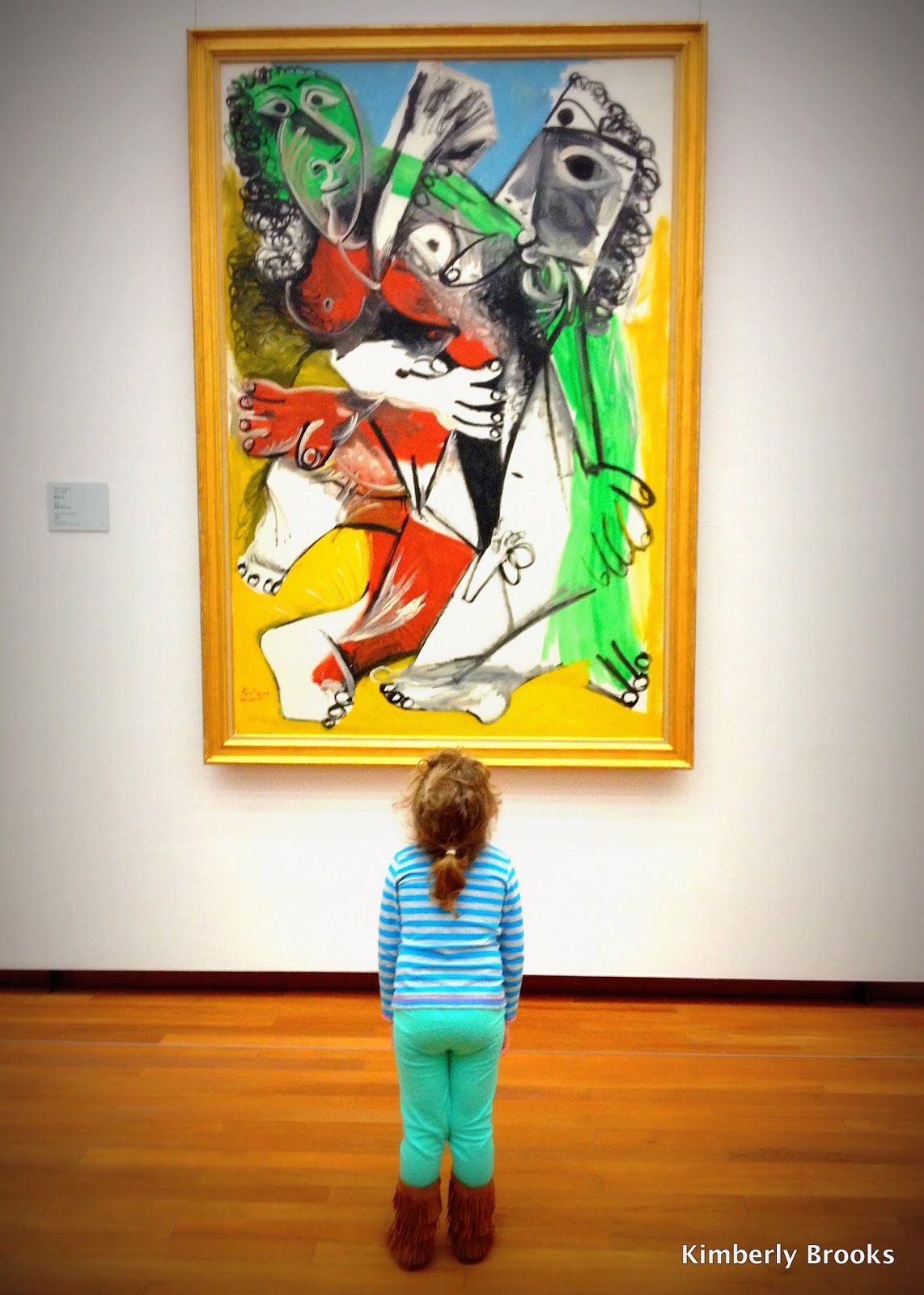 And while the girls were enthused for about 10 minutes, it didn't last long. The picture above of my daughter looking at the Picasso will fool you. Right after I took this, she asked if I could take her home because "the art museum is boring." Just keepin' it real, people.

We left the museum and got back on the train for another 70-minute ride home. Lucky for her, my oldest grabbed a seat soon after we got on. And, she has integrated so seamlessly into Japanese culture that she fell asleep like every other person sitting on the train. She even spent about 25 minutes slumped over on the man beside her... and he snored through the whole thing. Ha!


Homeschooling sure does have its perks. :) 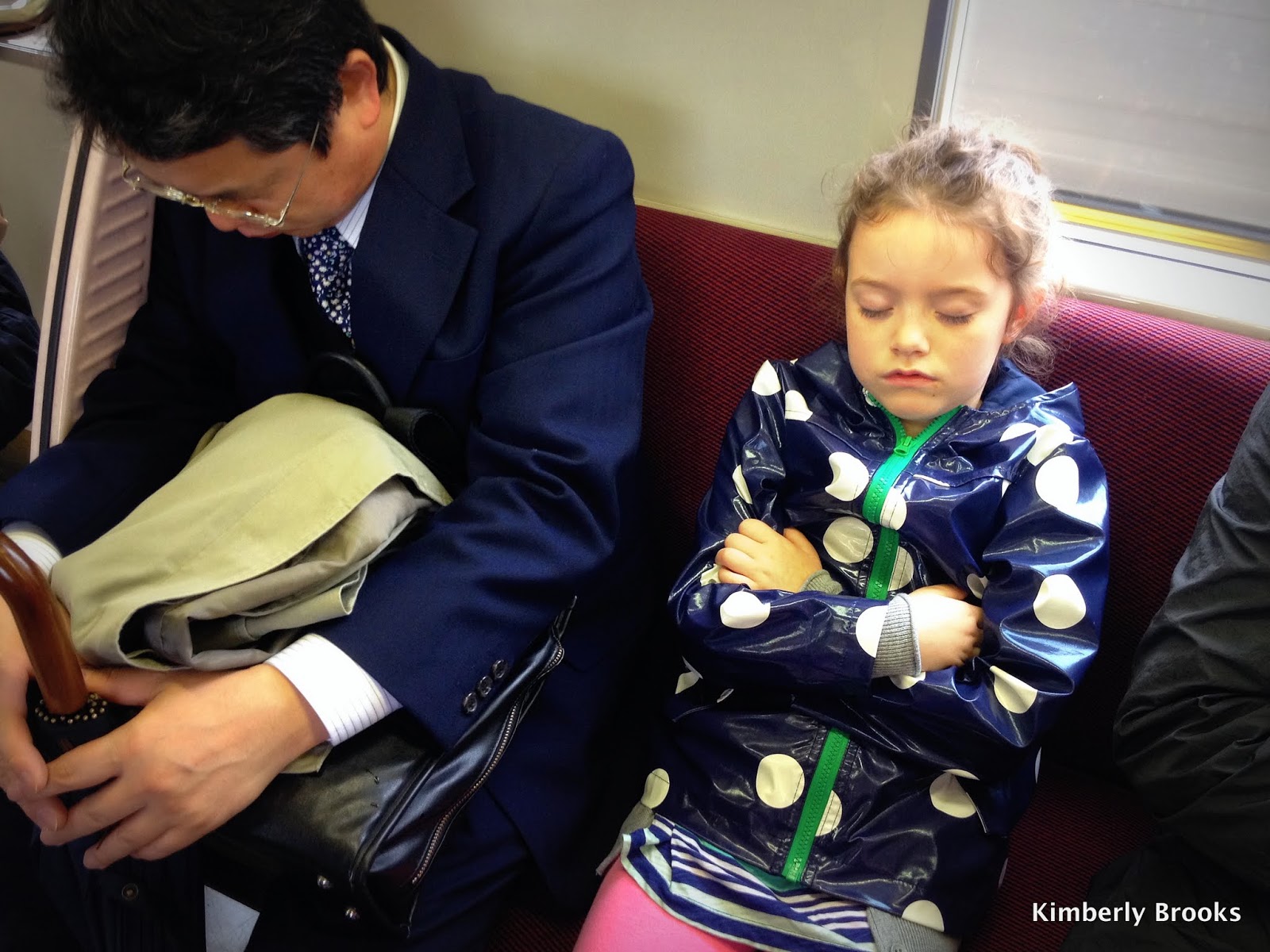 Email ThisBlogThis!Share to TwitterShare to FacebookShare to Pinterest
Labels: Japan for Kids, Tokyo