Our Visit to Hiroshima Castle 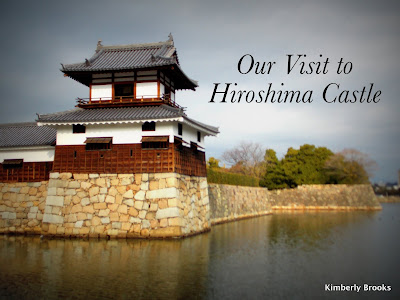 On our last day in Hiroshima, we had a few hours to kill between check-out time at our hotel and our departure on the bullet train. Our 2-day streetcar passes had also expired, so we wanted to find something to see within walking distance. Luckily for us, Hiroshima Castle was only a few blocks away.

The original Hiroshima Castle was built in the 1590's, and there was no Hiroshima city at the time. After the establishment of the castle, a town grew around the castle and 70% of the residences belonged to samurai families. After the abolishment of the feudal system (samurai rule), the castle grounds were used as military facilities, and the Imperial Military Headquarters during the First Sino-Japanese War in 1894-1895. The castle was destroyed by the atomic bomb in 1945, and a concrete replica of the castle was built on the original foundation in 1958. This replica now houses a samurai museum. You'll also find a shrine within the castle grounds, built after 1945, called Hiroshima Gokoku Jinja.

My kids were very excited to see a real castle, complete with a moat.  The moat and foundational walls were pretty impressive when you thought about how long ago they'd been built. My children are also fascinated with samurai, so they were thrilled to know that samurai had once lived there.

We weren't allowed to take pictures throughout much of the castle museum, but I think kids and adults would enjoy visiting. It's around $3.00 (or 300 yen) for adult admission, and young children (under 6) are free. You can also walk around outside the top tier of the castle, giving you a pretty good view of Hiroshima. I was able to spot the A-Bomb Dome from up there which helped to put in perspective the distance the castle had been from the epicenter of the blast. No wonder it was completely destroyed... it wasn't very far away at all. 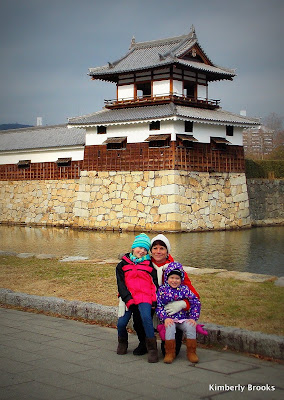 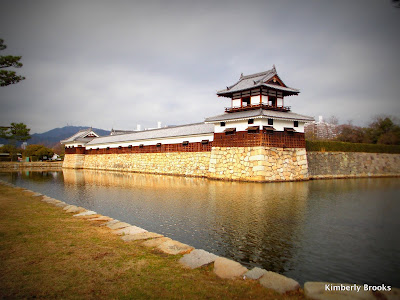 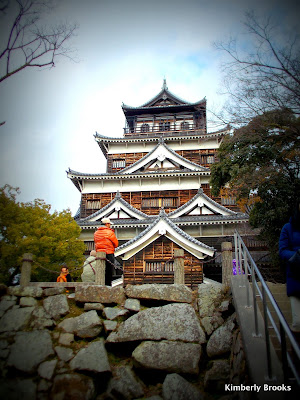 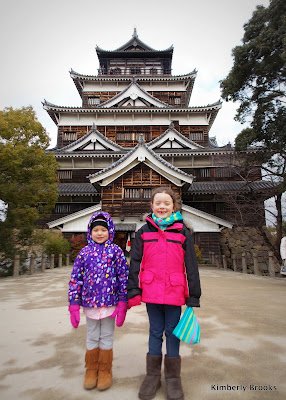 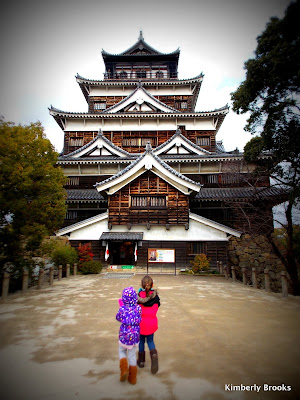 Hiroshima Castle was a great site to visit, and only a 25 minute, leisurely walk (we had small kids!) from Hiroshima Station and Hotel Granvia. We were in and out of the castle museum and grounds within 1-2 hours. And if you have kids, they will be sure to love visiting a real castle.

Email ThisBlogThis!Share to TwitterShare to FacebookShare to Pinterest
Labels: Hiroshima