One of the perks of being married to a US Naval Officer is that every now and then, we spouses have opportunities to ride on the ships! A few ships recently hosted a Family and Friends Cruise, allowing sailors to accompany their family and friends onto the ship for a cruise around the Tokyo bay. It was great! I had been on a couple of ship tours before, but I had never left the dock on one. We had to be up and out the door by 5:15am (BIG thanks to my babysitter, Danni!) so that we could catch some breakfast on the ship before leaving at 7:00am. 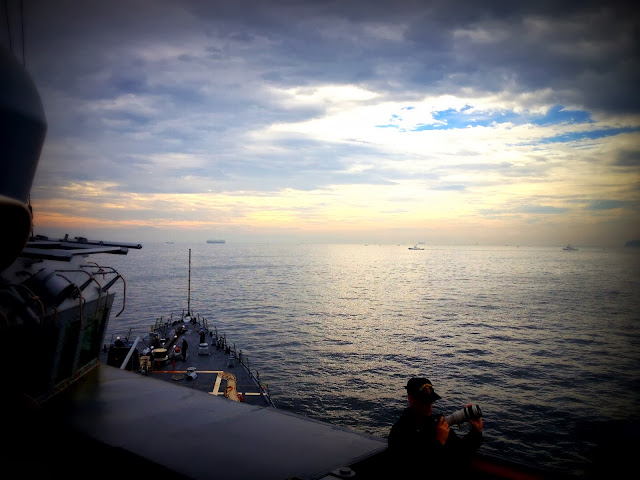 Days before the cruise, The Hubs asked me if I ever got sea-sick. Of course I don't get sea-sick! Riding on a ship is no big deal! Holy crap, was I wrong.

Thankfully, as soon as we stepped onto the ship, The Hubs insisted that I take some meclizine just in case I started feeling a bit sick. I cannot imagine what I would have felt like if he hadn't made me do this. Once the ship got out on the water, it was so strange to feel yourself swaying back and forth. And lucky for all of us, the sea was especially choppy that day - more so than the crews had anticipated. I was really doing okay... until we went down into the engine rooms. I was already feeling a tad bit sick, but the heat from those engines did not help one bit. And the further down in the ship you went, the more it seemed to sway.

I now have the utmost respect for the guys working in places like that engine room. There is no way I could handle being in that hot room for 12 hours a day, swaying from side to side, with no view of... anything. I bolted out of that engine room as quickly as I could and told The Hubs that I was going to have to sit down for a while and not move a muscle.

I guess I lucked out that my husband was the doctor on the ship... he took me down to the medical department and I laid down on a rack and took myself a nice little nap. I felt a lot better when I woke back up, so we headed up to the weather decks (any deck on the outside of the ship) for lunch. 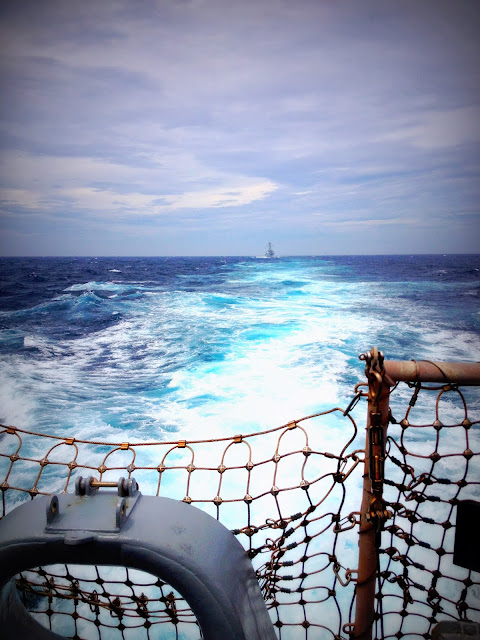 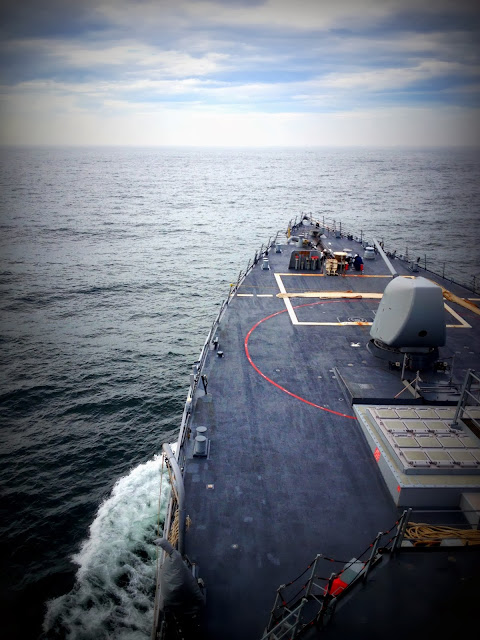 The USS GEORGE WASHINGTON put on a lovely airshow while we were parked across from them. And yes, those are people sitting in stands on the flight deck. :) 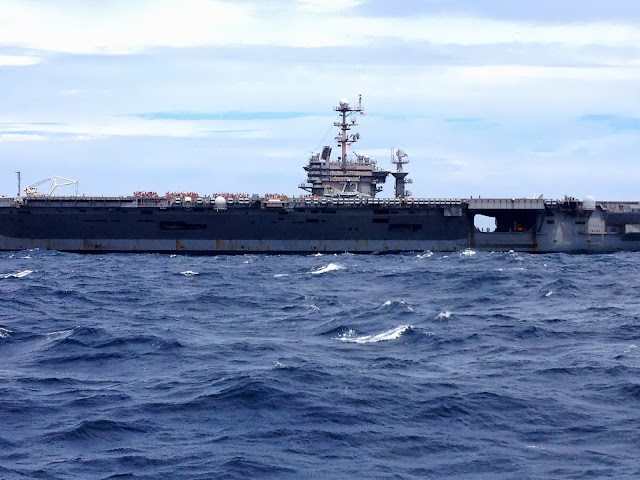 We pulled back up to the dock at 4:00pm on the dot, and I'm not going to lie - I was glad to be back on land. I don't know how sailors live for months on end on those ships. I can see exactly how challenging it would be. I'm told, however, that you eventually get used to the swaying of the ships. And The Hubs congratulated me for getting a pair of "sea legs." Every time I closed my eyes that night, I felt like we were still swaying on the ship. :)

I'm so thankful that I had to the opportunity to get a glimpse of life aboard a ship. I have so much respect for those sailors. A big thank-you to the US Navy for hosting us!
Posted by Kimberly at 5:46 AM