Today was my first trip away from Ikego, and Yokosuka, with my two girls. We traveled by train to Yokohama, Japan's second-largest city and spent some time at an indoor play-place. No, I did not suddenly become super adventurous - I went because our Ombudsman (an official representative of my husband's Command who establishes and maintains communication between the command and its family members) offered to take me. She and her 2-year-old daughter visit often and it sounds like it has become one of their favorite places to go for a little day trip.

I was a tad bit worried about my girls going on the train for the first time. The Japanese are not loud on trains (or anywhere, for that matter) and Thing 2 has no volume control. However, they did great! We didn't get lost, no one got smushed in the door, and we didn't have any meltdowns on the train. Thing 2 particularly enjoyed how fast the trains were. 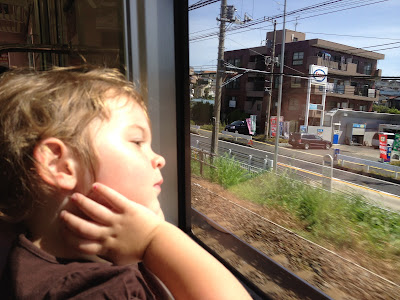 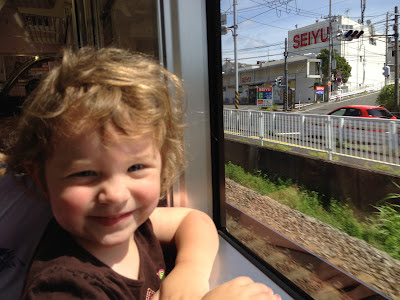 We arrived near the base of Landmark Tower, Japan's tallest building and home of Japan's fastest elevator (apparently, your ears pop on the way up!). The bottom of the tower is a big shopping mall and I could probably spend a lot of money in there. It's got an H&M with "American sizes" which is a pretty important thing to note, from what I hear. Anyway... we stopped in McDonald's to get some lunch and though the burger wasn't fantastic, it tasted soooooooo good. I think I was just glad to have something besides a peanut butter and jelly sandwich (one of our staples lately). 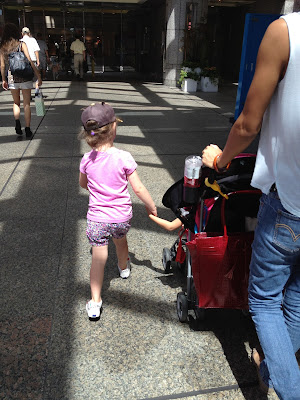 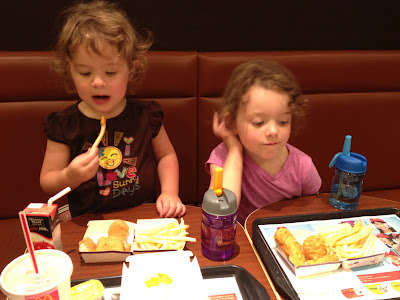 After we finished lunch, we headed to the play-place, BorneLund. It looks like it is in cahoots with Haba, the toy company. IT. WAS. FANTASTIC. I don't know why we don't have more play-places like this in the States. Instead of just tunnels and slides, it had different toys - mostly wooden - a huuuuge ball pit, running and jumping areas, a play kitchen, dress-up clothes, marble runners and lots of other things. It was like something you'd find in a Children's Museum, but without the cost of a membership somewhere. It DID cost some money however, but wasn't steep.

Here is some more information about BorneLund from the Yokohama Visitor's Guide:

The cashier spoke decent "Engrish," and offered me the option of buying a "Member Card." Each child costs 600Y for 30 minutes of playtime, which equals out to somewhere between $6-$7. However, if you buy a Member Card, each child only costs 500Y for the same amount of time, and you rack up points on your card with every future visit. So, I got the Member Card and for my two kids and myself, it cost me 1300Y to get in (or $14-$15). Then, for every 10 minutes you stay past your initial 30, you are charged 100Y. We stayed for about an hour, so I had to pay an additional $3. All in all, visiting the play-place cost me under $20 for 1 adult, 2 children and 1 hour of playtime. Though I definitely wouldn't spend money on a play-place every day, my girls loved it enough to come back from time to time. 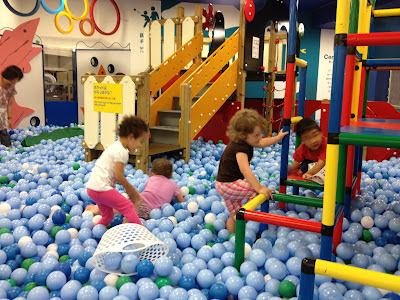 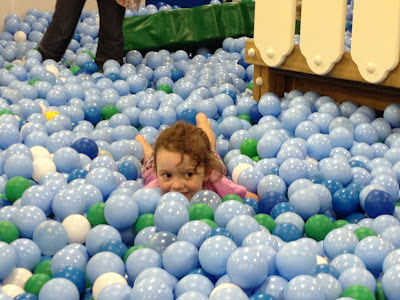 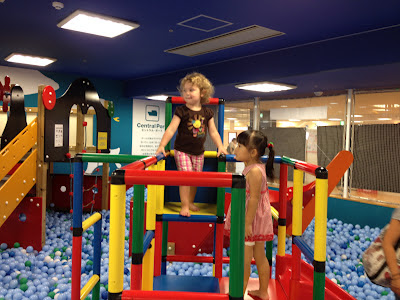 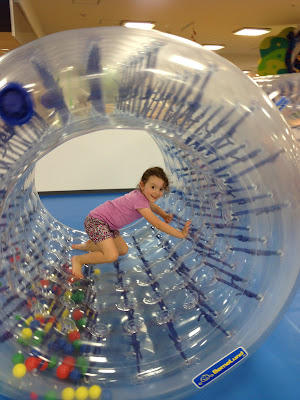 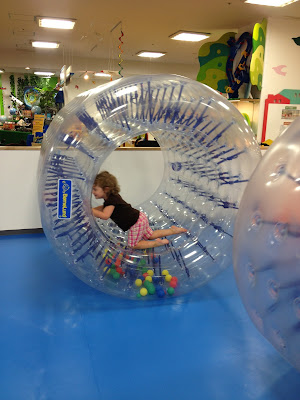 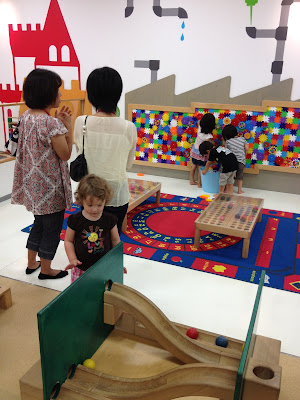 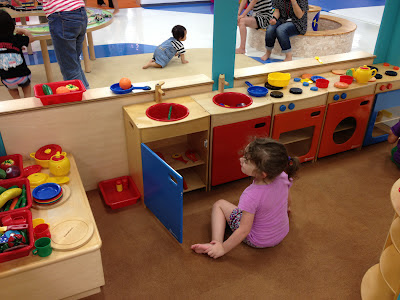 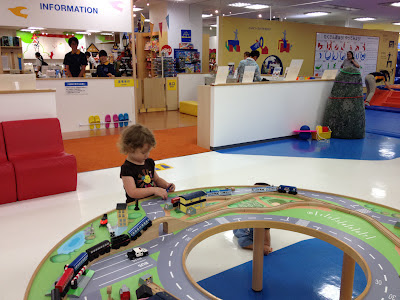 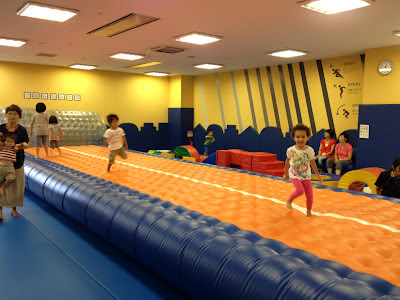 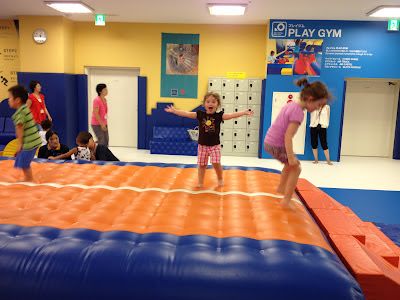 There is also a Toys R Us in the building next door, so we swung by there to let the kids looks at toys for a little while. We left around 10am, had lunch, played, went by the toy store and made it back home around 3:00pm. It was a nice little day trip for us and helped build my confidence about exploring more of Japan.

However, even though we've been in Japan for a month now, I still had many, many moments today where I said to myself, "Holy crap. I'm living in Japan."

Email ThisBlogThis!Share to TwitterShare to FacebookShare to Pinterest
Labels: Japan for Kids, Yokohama